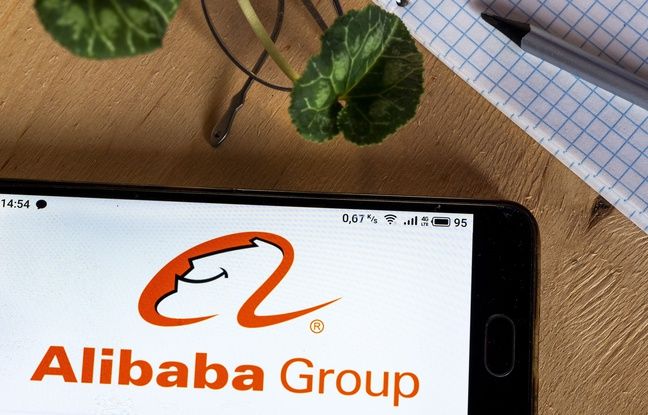 Alibaba is in Beijing’s sights. The Chinese competition authorities announced Thursday the opening of an investigation against the giant of the online trade for “suspicion of monopoly practices”. The State Administration for Market Regulation also announced that it had contacted Ant Group, the world leader in online payments, for “oversight” matters, less than two months after Beijing canceled the introduction at the last minute. on the stock market of this Alibaba subsidiary.

These announcements caused a sharp decline in Alibaba stock on the Hong Kong Stock Exchange, with the stock falling more than 3% at the opening Thursday. It must be said that this investigation is a thunderclap in the Chinese business world, where Alibaba and its charismatic boss Jack Ma are symbols of the technological success of the Middle Kingdom.

The suspension in extremis of the IPO of Ant Group in early November had already caused astonishment. It came a few days after a speech in Shanghai by Jack Ma, during which the multibillionaire had criticized the action of financial regulators. The latter are worried about the power of technological groups and more particularly their forays into the online lending sector, where they are freeing themselves from the prudential rules imposed on public banks.

Chinese media have relayed these concerns by warning of the risks of financial turmoil. The investigation against Alibaba “is an important measure for our country to strengthen anti-monopoly supervision in the Internet sector and promote a healthy long-term development of the digital economy,” wrote Thursday on People’s daily, organ of the ruling Communist Party. And a sign of the impatience of the public authorities against Alibaba, the group was fined last week of 500,000 yuan (62,000 euros) for not having reported an acquisition.