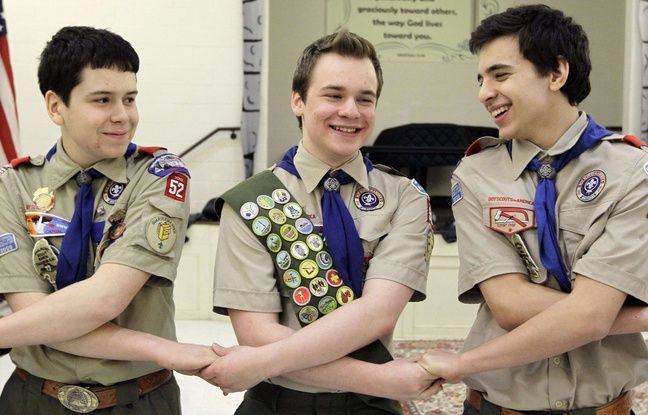 Since February, nearly 100,000 people have filed complaints against the Boy Scouts of America for sexual abuse. The victims had until November 16, this Monday, to benefit from a compensation fund set up by the main scouting organization in the United States.

According to Paul Moses, lawyer for some victims, “to date, 95,000 complaints have been filed” by Americans aged 10 to over 90 years. These figures are much higher than those of complaints lodged in recent years against Catholic clergy and reveal the extent of alleged abuses committed by Scout leaders.

Scouts, a “perfect” environment for pedophiles

“To our knowledge, there have been 11,000 complaints globally against the Catholic Church”, eight times less than among the Boy Scouts, noted Andrew Van Arsdale, member of a team of lawyers who represents the victims of these abuses . “This is by far the biggest sexual abuse scandal in the United States,” added Paul Moses, stressing that scouting had long offered a “perfect” environment for pedophiles: “boys take an oath of loyalty, are far from their parents, and isolated in nature. “

“We are horrified by the number of lives that have suffered from past abuse among Scouts and touched by the courage of those who have come out of silence,” Boy Scouts of America (BSA) said in a statement, without confirming the figures. “We had voluntarily opened an easy-to-access process to help victims seek compensation. Their response is heartbreaking, we are sincerely sorry, ”adds this organization, founded in 1910 and which has around 2.2 million members aged 5 to 21.

The “files of perversion”

Plagued by accusations of sexual abuse which have already given rise to expensive lawsuits, she filed for bankruptcy in February in order to freeze all claims for compensation filed by former boy scouts in court and to redirect them to a compensation fund. The American Scouts, who estimate their assets at more than $ 1 billion, have not indicated how much they intend to spend on the fund. Negotiations will now begin between the groups of victims, Boy Scouts of America and their insurers to determine the amounts to be allocated.

“The scouts are probably going to have to sell some of their properties”, it is a “complicated” process that could last one or two years, according to Mr. Moses who, in 2010, had obtained nearly 20 million dollars for a former boy scout abused by his boss. The verdict of this trial also led to the publication of secret archives, dubbed the “files of perversion”, which contained the names of thousands of scout leaders suspected of having committed sexual assault on the children in their care. . Most had never been reported to the authorities, the organization confined itself to removing them. The lawsuits have since multiplied against Boy Scouts of America, in particular after the extension by several states of the limitation periods for pedophile assaults.