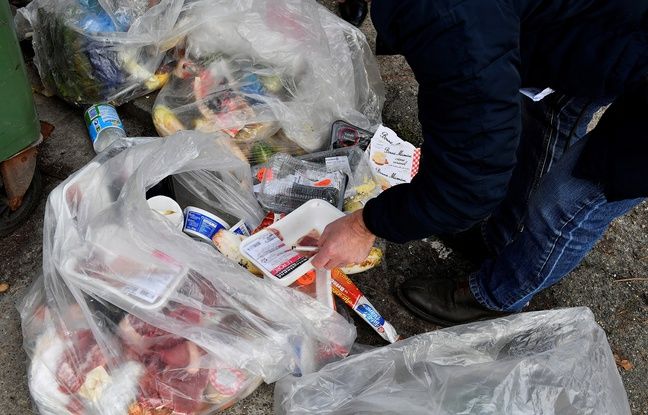 As more and more people suffer from hunger around the world, the UN says in a report released on Thursday that nearly 20% of the food available to people around the world is wasted each year. In total, some 931 million tonnes of food are lost, according to data compiled in 2019 in 54 countries on waste in homes (more than half of the total), restaurants and retail businesses, according to the ” report on the food waste index ”, drawn up by the United Nations Environment Program (UNEP) with the British NGO Wrap.

In July 2020 the United Nations published its latest edition of The State of Food Security and Nutrition in the World. She estimated that nearly 690 million people suffered from hunger in 2019, an increase of 10 million from 2018, and nearly 60 million in five years.

Not just a rich country problem

“The problem is huge. It is costly from an environmental, social and economic point of view, ”says Richard Swannel, director of development for the British NGO Wrap, co-author of the“ report on the food waste index ”, published by the United Nations Program for environment (UNEP).

“Until now, food waste has been viewed as a problem for rich countries,” says UNEP’s Clementine O’Connor, co-author. But our report shows that in every country that has measured it, domestic waste is a problem ”. For 121 kilograms of food wasted each year per inhabitant of the Earth, 74 kilograms, or well over half, are lost at the household level.

11% of food thrown away by households

As a percentage of the total available to consumers, 11% is thrown away at the household level, 5% from restaurants and 2% from retail outlets. The Food and Agriculture Organization of the United Nations (FAO), for its part, compiles a report on food “losses”, measured at the level of agricultural production and distribution.

According to these figures, around 14% of the food produced in the world is lost before it even reaches the market, amounting to some 400 billion dollars per year, roughly the GDP of Austria.

“If food waste and loss were a country, it would be the world’s third largest emitter of greenhouse gases,” notes Richard Swannel. “We have to fix the food system if we want to tackle climate change, and one of the priorities is to deal with waste.” The authors of Thursday’s study stress that they must not end up in landfill, where they are not valued and where their decomposition process emits methane, a powerful greenhouse gas.

One of the UN’s Sustainable Development Goals (SDGs) provides for a halving of food waste at consumer and retail level by 2030. The United Nations must also organize the very first in the fall. “Food systems summit”, aiming at more “healthy, sustainable and equitable” production and consumption patterns.