Alsace will be able to tax heavy goods vehicles 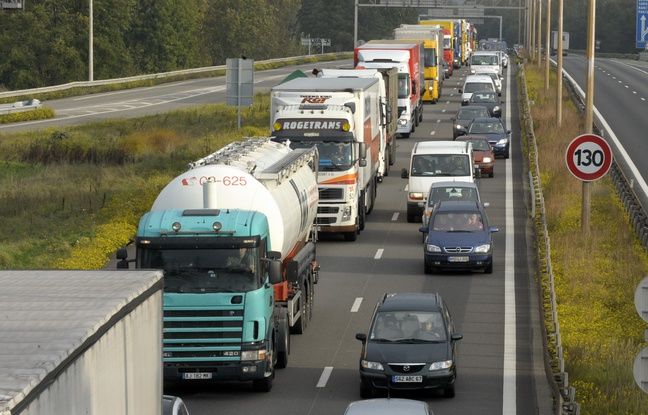 For many years, this was expected, desired and requested in Alsace. In order to fight against the influx of heavy goods vehicles on the territory, the government grants it, via an ordinance, the possibility of taxing road transport in order to “rebalance” it with Germany.

“The ordinance concerns a tax for road transport within the European Collectivity of Alsace (CEA), in order to rebalance border road traffic between Alsace and Germany”, specified the government spokesperson, Gabriel Attal, at the end of the Council of Ministers. This text gives the ECA latitude to set a tax on certain vehicles at a rate that it will determine. Something which will not be easy and which will require a lot of consultation, in particular with transport professionals.

A return to the ecotax?

At the start of the year, the brand new European community of Alsace, which took over the management of certain road sections, wanted to fight against the influx of heavy goods vehicles on the A35 with a specific tax. The deputies finally gave their approval to the possible establishment of a “contribution” heavy goods vehicles in the regions which wish it, a flammable measure and criticized on the right, which denounced the “return of the ecotax” abandoned in 2014 .

As a reminder, the possibility of a regional ecotax is variously appreciated by the regions. In Ile-de-France, Valérie Pécresse (ex-LR) is for example in favor. The same goes for the socialists Marie Guite-Dufay in Bourgogne Franche-Comté or Alain Rousset in New Aquitaine. In Brittany, where the sling of “red caps” opposed to the ecotax was born, the PS Loïg Chesnais-Girard is hostile to the device.