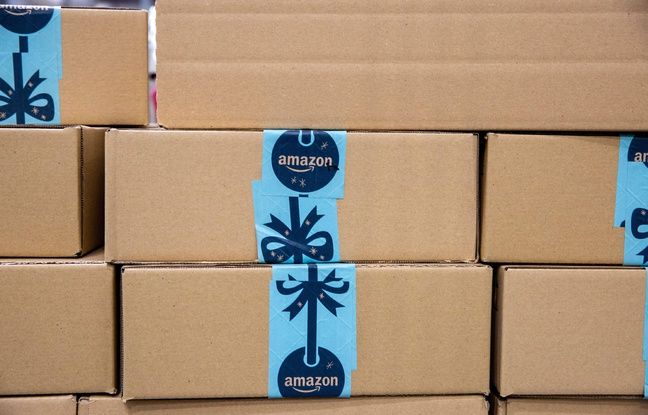 Two weeks before the official start of Black Friday, Amazon France is not yet ruling on a possible postponement of the date. A decision that would appease (a little) the federations of traders, many of which are currently closed to respect the reconfinement.

“I am attentive to what is happening, for the moment, I have not decided”, he indicated the general manager of Amazon France Frédéric Duval at the microphone of RMC. “We have time to make decisions. The authorities speak regularly and sometimes change their minds ”.

Four federations of downtown stores and shopping malls asked the government on Sunday to restrict online sales “to basic necessities” and to ban “Black Friday”. The juggernaut of online sales is currently accused by many closed businesses of abusing the situation.

“In these somewhat troubled times, my role is to serve all customers in the region by offering them the products they need. I want the French to save money, ”defended the boss of Amazon France.

Amazon wants to “help” merchants in their digital transition

“When I see the small businesses that are closed, obviously my heart is broken and I want to help them so that they can achieve what we call the digital transition,” he said. According to him, 30% of French traders sell online, compared to 72% of their German counterparts.

Amazon France offers merchants wishing to make their digital transition to assist them by offering them three months of contribution or by giving them credits when they arrive on the platform so that their products can appear in a high position in the search algorithms. Amazon also puts 300 people at their disposal in France to support them.

On Tuesday, Brussels also accused Amazon of breaking European competition rules, further increasing international pressure against platforms suspected of abusing their omnipotence. “I obviously disagree with the preliminary statements and we will do everything to show the European Commission that we are doing exactly the opposite of what it thinks,” replied Frédéric Duval. In Amazon’s business volume, the share of third-party companies selling has increased from 3% in 2000 to 60% in 2019. The growth of these companies is double that of Amazon’s sales ”.

According to him, his group represents “only 1%” of the distribution market in France and works with 150,000 companies in Europe. Since the reconfinement, the boss of Amazon France however approves the estimates according to which its turnover increased by “40-50%”. “I am a website like any other, there are distributors bigger than us,” he says.