Amsterdam could collapse due to dilapidated canals 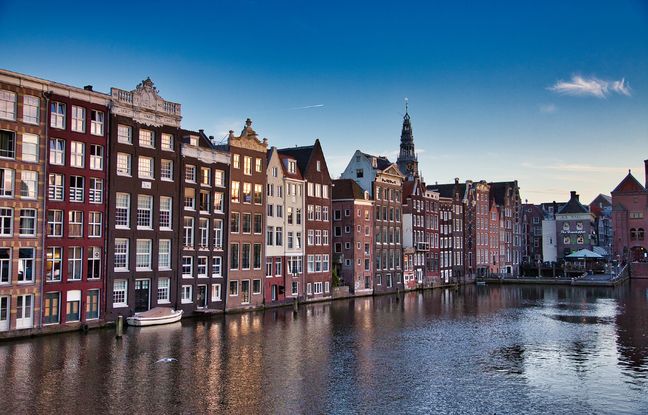 Amsterdam has recently embarked on a major series of works which should last around twenty years. The walls of the capital’s famous canals are in such bad condition that they threaten to collapse, reports the New York Times. Their fragility has led to the regular appearance of holes in the streets, the weakening of building foundations and extensive damage to the bridges that span the iconic waterways.

More than 2 billion euros of works

Half of these 1,700 buildings are in need of repair, and specialists have estimated the total length of the walls of the canals that threaten to fail at 125 miles (200 kilometers). In the event of a collapse, they could lead to buildings and passers-by in their fall. The scale and length of the works will transform the look of Amsterdam in the years to come.

The budget announced for all reconstruction and solidification operations reaches 2 billion euros. The end cost could even be higher, some experts have estimated. Engineers are indeed faced with several puzzles. The interventions take place in neighborhoods that are as busy as they are densely populated. The walls and bridges concerned also house electrical, telephone and Internet cables.

“We were heading for disaster”

These must be carefully disentangled and disconnected. However, this is the price to pay so that Amsterdam does not collapse on itself for lack of maintenance. “By continuing in this way, we were heading for disaster,” said Egbert de Vries, city councilor in charge of the entire renovation project.

The city was built below sea level using millions of wooden poles to prop up buildings. These piles, which are still in satisfactory condition, were however mostly installed in the 17th century. “At the time, they were designed to carry the weight of horses and carts, not that of 40-ton concrete mixers and other types of heavy equipment,” said Egbert de Vries.