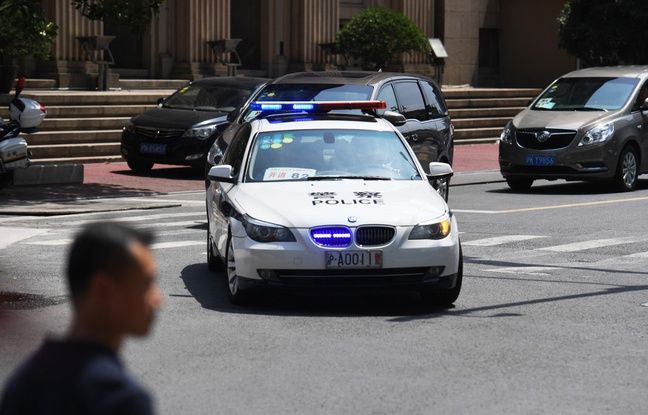 Muslims have been arrested in China’s Xinjiang region (northwest) after being “flagged” by Chinese software that identifies suspicious behavior, Human Rights Watch (HRW) said on Wednesday.

The association announced that it had found a list of 2,000 detainees arrested between 2016 and 2018 in Aksu, a prefecture in the region facing tensions between the Uyghur majority, a Muslim ethnic group related to the Turks, and the Han minority (ethnic Chinese). .

Some suspects in political re-education camps

According to HRW, these detainees found themselves in the crosshairs of the authorities after being spotted by software dubbed “Integrated Platform for Joint Operations”, which analyzes the big data collected by the huge electronic surveillance system in place in Xinjiang. The association deduces from this that “the vast majority” of people denounced were on the basis of perfectly legal behavior, such as receiving phone calls from abroad, not having a fixed address or even turning off their phone frequently. cellphone.

Charges of “terrorism” or “extremism,” used to justify the crackdown in Xinjiang, appear for only about 10 percent of those on the list, according to HRW. The list mentions in many cases that the person was simply “flagged” by the software. The police were then able to decide to send the suspects to political re-education camps, HRW believes.

Foreign experts say a million Uyghurs have been detained in these camps in recent years. Beijing denies this figure and claims that they are vocational training centers intended to keep people away from the temptation of Islamism, terrorism and separatism after a series of attacks attributed to Uyghurs. Aksu’s list “is further proof that China is using technology in its repression of the Muslim population,” accuses HRW. Chinese companies have been accused in the past of having implemented facial recognition software to identify people of Uyghur appearance.

Again on Tuesday, telecoms giant Huawei was singled out in the United States for being involved in testing such detection software, according to research firm IPVM. An internal report from the Chinese group (removed from Huawei’s site but still available on the Internet) indicated that this facial recognition software was in the testing phase to provide “alerts to the presence of Uyghurs” and made it possible to recognize “the age, sex, ethnicity ”. Asked during a press briefing, Chinese diplomacy spokesman Zhao Lijian said the information did not deserve “even to be refuted”. He accused HRW of seeking to “stir up trouble” in Xinjiang.