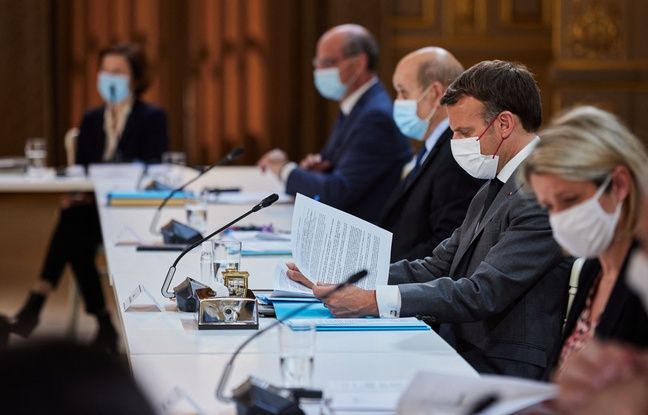 Forced by the persistence of the Covid-19 epidemic, which is delaying the prospects of a normal resumption of activity, the government must adopt a corrected draft budget on Wednesday in the Council of Ministers. It is endowed with nearly 20 billion additional euros, the bulk of which comes to replenish business assistance systems.

To continue supporting businesses, at least until the end of August, the government must indeed replenish the emergency aid measures put in place since the start of the health crisis.

A budget of 6.4 billion euros will go to financing the partial activity, even if the remainder to be borne by companies must gradually increase from this month of June.

The solidarity fund will be endowed with an additional 3.4 billion euros, after 6.7 billion already added at the beginning of May, while the compensation for exemptions from charges will cost 4 billion more. Finally, 200 million will go to compensate for the loss of revenue of local boards.

Showing a certain “prudence”, the government also reserves an envelope of 1.5 billion euros for “accidental and unforeseeable expenses”.

To these 15.5 billion are added 2.8 billion euros of expenditure on special State accounts: 2 billion to supplement the envelope dedicated to the management of State holdings, 600 million euros to contribute to the transition fund of 3 billion euros announced Tuesday by Bruno the Mayor, and 200 million for the budget for air traffic control and operations.

In addition, the text will record the extension of access to loans guaranteed by the State (PGE) until the end of the year, the relaxation of the mechanism for carrying back the deficits of 2020 which makes it possible to replenish the corporate treasury, the third version of the tax-exempt Macron bonus, or the increase to 75% of the rate of tax reduction on donations to religious associations.

700 million euros are planned to finance the maintenance of emergency accommodation places, nearly 400 million euros for compensation for farmers affected by the frost in early April, as well as 400 million euros for ” Pass’Sport ”for young people, aid to the New Caledonian community or even funding for the“ Quartiers d’été ”operation, intended to animate disadvantaged neighborhoods.

However, these measures will be financed through savings on other expenses, Bercy said, and will therefore not contribute to the widening of the public deficit.

Redeployments in the recovery plan

In recent months, the government has announced a strengthening of several envelopes of the recovery fund (industry of the future, wasteland): 500 million euros will therefore be transferred from the Ecology component to the Competitiveness component, but this transfer will be compensated via funds from the future investment program (PIA).

The new spending included in this revised draft budget is forcing the government to adjust its macroeconomic forecasts. While the growth forecast remains set at 5% this year, the public deficit is expected to widen to 9.4% of GDP, after 9.2% last year and an initial forecast of 8.5% for 2021.