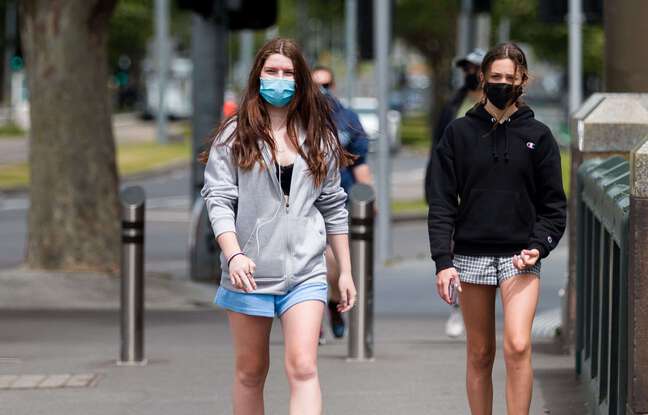 An outbreak of coronavirus has been detected in Adelaide, a city in southern Australia that has not experienced an epidemic outbreak for seven months, the contaminations again coming from hotels where travelers were doing their quarantine.

The state of South Australia, of which Adelaide is the capital, said four cases had been detected in this city on Sunday and that there were 17 on Monday. It is the largest outbreak in Adelaide since April.

Do everything to stop the outbreak

Fifteen of those infected belong to one and the same extended family, one of whom worked in a hotel accommodating people undergoing their quarantine on their arrival from abroad. To contain the virus, authorities have reinstated several restrictions and suspended international flights to the city.

“Every effort will be made to slow and stop the spread of this powerful hotbed,” Western Australian Prime Minister Steven Marshall told reporters. Hundreds of people have been ordered to self-isolate. The authorities have also closed schools and businesses linked to infected people.

“The next 24 hours will be critical and we will not wait for the situation to deteriorate,” added Mr. Marshall. Authorities have urged residents of the state to wear masks, work from home and avoid non-essential travel.

Other states have also ordered restrictions on people coming from Western Australia. The last time South Australia detected an outbreak of coronavirus outside a quarantine area was in August. The health authorities had then taken, as this time, rapid measures to prevent its extension.

But there are fears that the new home will spread to populations at risk, as a prison warden and workers at centers for the elderly are among the positive cases detected. The announcement of this new outbreak comes after Australian officials were able to contain a second wave of cases in Melbourne caused, already, by security breaches in a hotel used for quarantines.

Melbourne, the capital of Victoria, also in the south, has had thousands of cases and hundreds of deaths in recent months, but has not seen a single new case for more than two weeks. Australia as a whole has done quite well in containing the pandemic, with just over 27,700 cases and 907 deaths recorded since the virus first appeared.