An institute tests a universal income of 1,200 euros on people drawn at random 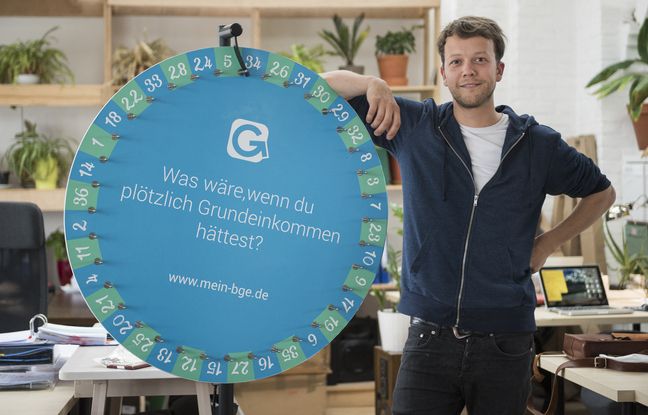 122 people in Germany will receive 1,200 euros per month, unconditionally, for 3 years. These did not win a game show, but were drawn from among some two million volunteers to participate in an experiment to promote basic income.

“Over the next three years, we want to empirically investigate whether and how the unconditional and regular payment of a sum of money that covers more than the subsistence level has an effect on the behavior of people,” explained Jürgen Schupp of German Institute for Economic Research (DIW), scientific leader of the project.

This is the second initiative in this direction promoted by the Berlin private structure “Mein Grundeinkommen” (“My basic income”). The payments are financed by donations from 181,000 contributors and the project, presented on Tuesday, will be scientifically evaluated as part of a long-term study.

A first experiment on a smaller scale took place over a year in 2017 during which 85 people received 1,000 euros per month. The device then targeted people with low incomes.

Testers have the choice to work or not

In this new project, the lucky ones were chosen without income criteria. No consideration is required; it’s up to everyone to see if they combine these payments with a job. The beneficiaries, people living alone and belonging to the middle class, are between 21 and 40 years old.

“It is in this age group that the major decisions in life are made. We want to know if and how an unconditional basic income affects these decisions, ”explained Michael Bohmeyer, one of the initiators. “The basic income debate is dominated by ideological convictions. We want to know what it really is, ”he adds. It is also a question of studying whether the beneficiaries use their new freedom for the benefit of the community.

The project is supported by scientists from the Max Planck Institute, the University of Cologne and the Cologne University of Technology, through psychological, behavioral and qualitative research.

The allocation of a basic income, sometimes also called “universal income”, has already been tested in other countries but has often been limited to socially disadvantaged people.