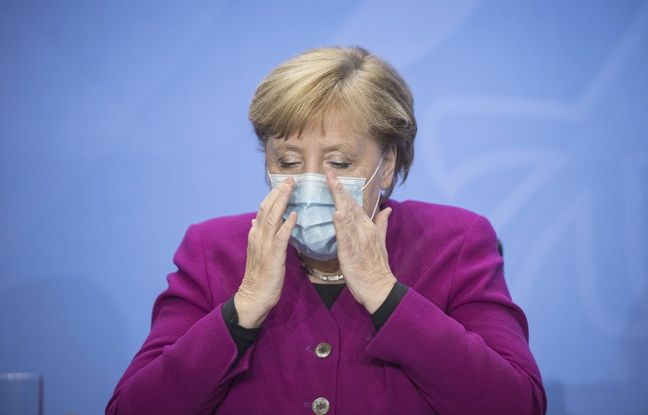 It considered “justified” the proposals of a group of experts aiming to close at the latest between Christmas and mid-January of all non-food stores and schools in particular. And the Chancellor urged to reduce “to a minimum” contact between now and the holidays, evoking the possibility of bringing forward the start of the school holidays.

“We must do everything possible” to avoid an “exponential increase” in the number of cases, insisted Merkel. Germany has recorded in the last 24 hours a record number of deaths linked to Covid-19, at 590. While it was praised for its management of the pandemic during the first wave in the spring, the country is in difficulty facing the second wave.

The rapid rise in the number of cases was halted by the closures of the gastronomy, culture and sport sectors in early November, but the number of new daily infections has stagnated at a high level.

Germany thus reports around 20,000 new cases of daily infections, more than in France in particular. And the number of patients in intensive care is considered worrying by the authorities.

The federal government and regional leaders must meet before Christmas to discuss possible measures to deal with the spread of the pandemic. Several particularly affected regions, such as Bavaria and Saxony, have already taken the lead. Others are more reluctant to tighten the current system of restrictions, less strict than in other European countries such as France.

Despite the restrictions for gatherings of 5 people, the mulled wine stands, a German tradition for the end of the year holiday period, are multiplying in the country and attracting large crowds outside. They have become a vector for the spread of the virus according to the authorities.

Share
Facebook
Twitter
Pinterest
WhatsApp
Previous articleSwiss ? The French ? The Austrians? In which country do we ski the most?
Next articleThe agglomeration of Béthune demands the reimbursement of 1.25 million euros from the Japanese company