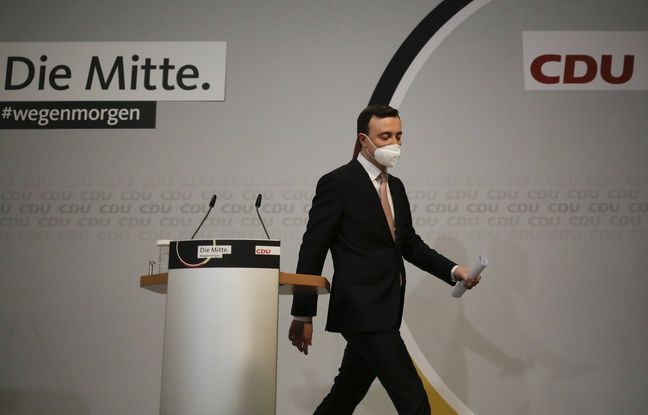 It is a heavy defeat for the supporters of the German Chancellor. The conservatives of his party suffered a heavy defeat on Sunday in two crucial regional elections in the west of the country six months before the legislative elections, according to public television polls carried out at the end of the ballot box.

The Christian Democratic Union (CDU) is heading towards its worst electoral score in the regional states of Baden-Württemberg and Rhineland-Palatinate, in southwestern Germany, according to projections by ARD and ZDF channels.

In the midst of turmoil at the national level due to a financial scandal, the Christian Democratic Union (CDU) only won 23% of the vote in Baden-Württemberg against 27% five years ago, while in the Rhineland- Palatinate, it reached 25.5% to 26%, against 31.8% in 2016, according to ARD and ZDF.

“Dark hour” for the CDU, commented the daily Die Welt while the weekly Der Spiegel spoke of an “electoral debacle”. If the conservatives did not start favorites in these two Länder led respectively by the Greens and the Social Democrats of the SPD, they are accusing a bad omen for the legislative elections of 26 September.

The cascading revelations since the end of February around the so-called “mask affair” and growing criticism of the management of the health crisis have weakened the Chancellor’s party.

The CDU is going through “its most serious crisis” since the slush fund scandal which precipitated the fall of Helmut Kohl in the late 1990s, say many commentators. This time, it is in particular suspicion of commissions received by deputies in contracts for the purchase of masks, at the start of the epidemic, which tarnishes the image of the majority.