Another 126 people missing, another building evacuated 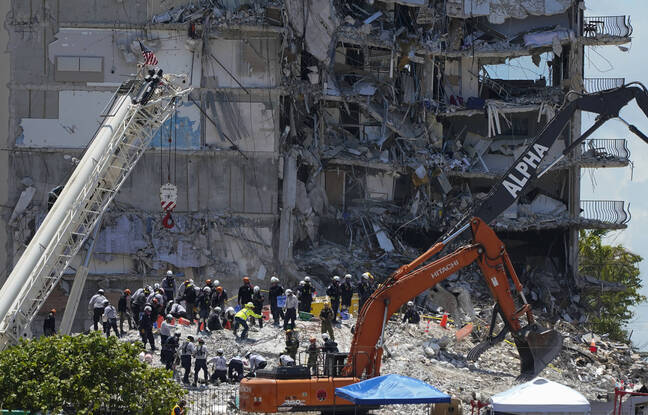 Two new bodies were discovered in the rubble of the collapsed building in Florida, bringing the death toll to 22, with 126 people still missing, authorities said on Friday. As a reminder, most of the 12-story building, named Champlain Towers South, collapsed on June 24 at around 1:20 a.m., becoming one of the most serious urban disasters in United States history.

“During today’s searches, we discovered the bodies of two more people,” Miami-Dade County Mayor Daniella Levine Cava told a press conference on Friday. A few hours earlier, she had announced the discovery of two other corpses, including that of a 7-year-old girl, the child of a Miami firefighter.

“Every night (since the collapse) has been immensely difficult for everyone (…) but last night was special. It was really different and more difficult for our rescuers, ”described the mayor the day after a moving visit by President Joe Biden, who spent several hours with rescuers and families.

The number of people missing has also risen to 126, Daniella Levine Cava said, and 188 residents of the Surfside apartment building in South Florida have now been found safe by investigators. The search for survivors, more and more desperate, had been interrupted for several hours on Thursday, the authorities fearing that the still standing sections of the building would collapse in turn, before resuming at the end of the afternoon. As a precaution, the entire building will be demolished, Mayor Daniella Levine Cava announced on Friday.

Another residential complex, named Crestview Towers, in nearby North Miami Beach was evacuated on Friday after an inspection highlighted safety issues in the building’s structure, local media reported.