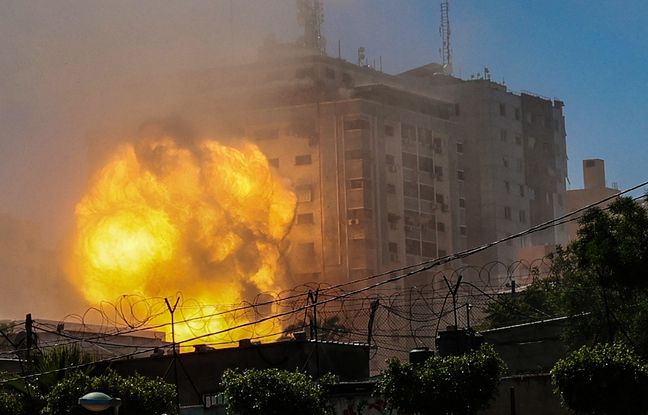 The US news agency AP said on Saturday it was “shocked and horrified” by the Israeli strike that destroyed the tower housing its offices and those of Al-Jazeera in Gaza, calling it “an incredibly disturbing development”.

“We are shocked and horrified that the Israeli army is targeting and destroying the building housing the PA and other media offices in Gaza,” agency boss Gary Pruitt said in a statement. They have known the location of our office for a long time and knew that journalists were there. We were warned that the building would be hit. “

“The world will be less informed”

“We narrowly avoided terrible loss of life,” said Gary Pruitt. About ten AP journalists and freelancers were in the building and luckily we were able to evacuate them in time. “

“We have requested information from the Israeli government and are in contact with the US State Department to try to find out more,” Gary Pruitt said. The world will be less informed about what is happening in Gaza because of what happened today. “

The White House reacted immediately and told Israel that ensuring the safety of journalists was “of the utmost importance.”

“We have told the Israelis directly that ensuring the safety of journalists and independent media is a responsibility of the utmost importance,” tweeted Jen Psaki, the spokesperson for the US executive.

Jawad Mehdi, owner of the Jala Tower, said an Israeli intelligence officer warned him before the strike that he had one hour to evacuate the building. He requested an additional ten minutes for reporters to pack their equipment, but was refused.

Al-Jazeera channel confirmed on Twitter that its offices were in the building and broadcast live the footage of the tower collapsing in a cloud of dust.

The IDF claimed that military equipment from Hamas, the Islamist movement ruling the enclave, was in the tower hit by its fighter jets.