Are we witnessing a global economic revolution? 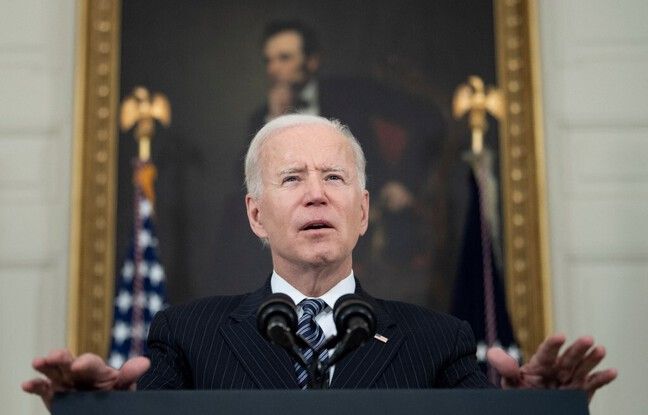 Will the coronavirus lead to an economic revolution? Lines that seemed to be very still suddenly start to move. The United States, eternal recalcitrant on this issue, wants a minimum corporate tax rate, regardless of the country in which they are located. Companies should pay a minimum of 20% tax, regardless of their location. At the same time, the United States wants to increase the corporate tax, wanting to reduce it from 21% to 28%. A double wish already historic, completed by the declaration of the International Monetary Fund (IMF), advocating an increase in taxes for the richest and taxes for the companies which made the most profit in this period.

The reasons for this paradigm shift are quickly identifiable: States have emptied their coffers, whether in support of the economy or – now that the worst seems to be behind – in a recovery plan. In June 2020, the IMF estimated the cumulative losses for the world economy for 2020 and 2021 at more than 12 trillion dollars. A figure which should rise to 22 trillion for the period 2020-2025, according to the same organization.

Boost the economy at all costs

“There is therefore not much choice,” sums up economist Stéphanie Villers. We must revive the economy and for that, there are not 36 solutions. This will go through the wealthiest and the multinationals, the most able to collect this tax hike. “If multinationals who managed to find the best tax rate between countries could have been tolerated in the world before, in 2021, with the explosion of all public debts, the maneuver necessarily goes much less good.

“The US stimulus plan alone is estimated at 1.9 trillion dollars. This money, we will have to recover it somewhere, ”notes the economist. And in those with very strong kidneys. Good thing, in September 2020, the NGO Oxfam carried out a study “Covid-19: the profits of the crisis” estimating that the profits of 32 of the largest companies in the world should increase by 109 billion dollars that year, ie a greater profit than in previous years. Likewise, between mid-March and the end of May 2020, the fortunes of the richest 25 billionaires in the world increased by no less than $ 255 billion. “The previous economic crisis has already shown the limits of austerity policies”, pleads Guillaume Allègre, economist at Science Po and specialist in inequalities and taxation. Beyond the health crisis, the action of the United States could also be explained by compensation for the previous policy of Donald Trump, which had lowered taxes on companies.

However, can we speak with American and IMF speeches of a revolution? “We hardly expected more than the United States for the minimum corporate tax rate, so it is indeed a huge step forward, especially in the speed of implementation”, s’ enthuses Stéphanie Villers. The rest of the OECD (Organization for Economic Co-operation and Development) has generally been in favor of it for a long time. Even if the expert moderates her own words: “It is not done so far. We can clearly see how, in Europe alone, the subject is struggling to get established, in particular with Ireland, for example, which is very reluctant there. Even if with the United States as a driving force, everything is always simpler.

In fact, Guillaume Allègre recalls: “The discourse of the IMF, the World Bank and the OECD has changed a lot over the past ten years, since the last crisis. These organizations have been talking about inequality, energy transition, tax justice for a decade ”. Nevertheless, “we can say that we are now witnessing a change, especially in practice. There is a passage to the act. Joe Biden is a good example, he who had always been until then in his political career a “Reagan Democrat”, in the words of the economist, having voted in particular for several tax cuts at the time.

And France in all this?

“What we are witnessing is a surge of common sense”, summarizes Stéphanie Villers. And France in all this? While many countries are increasing taxes for companies or the wealthiest, Bercy refuses to do so for the moment. Nonsense? “For the wealthiest individuals, this is a minor sum to earn,” argues Stéphanie Villers. The wealth tax (ISF) would bring five billion to the state, while the cost of the crisis is estimated at 180 billion for the year 2020 alone.

As for companies, Guillaume Allègre is responsible for the defense of Paris: “We are one of the last countries in the world not to have lowered the corporate tax rate. Today, other nations are improving it, but instead of saying that we are doing nothing, we can also think that other countries are only catching up and that we have been a precursor. “While the minimum corporate tax rate is studied at 20%, that the United States wants to increase their rate from 21 to 28%, France already has a rate of 27.5%. Almost at the head of the revolution.