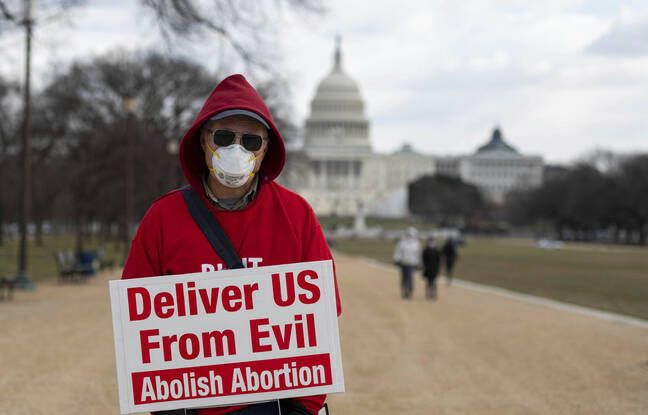 Will the Supreme Court of the United States reconsider its judgment of 1973 which extended the right to abortion to the whole country? This is what Arkansas seems to want. To this end, this state adopted a law on Tuesday banning abortion even in cases of rape or incest.

The only exception provided for in the text promulgated by Arkansas, known for its Christian conservatism, is to “save the life of the mother in a medical emergency,” announced its governor. Asa Hutchinson further explains that she ratified this law because of her “sincere beliefs” against abortion.

The text should not come into force before the summer, and the powerful civil rights organization ACLU has already announced that it will challenge it in court. It must be said that abortion still strongly divides the American population, with opposition still very strong, especially in religious circles.

For the past twenty years, the states of the south and the center of the country have increased the number of restrictive laws on abortion, for example imposing a width for the corridors leading to operating theaters, forcing many clinics to close their doors. With this law in Arkansas, opponents of voluntary termination of pregnancy (abortion) therefore hope to push for a reversal of the Supreme Court of the United States. Such a change would allow each state to do what it wants and would further increase territorial inequalities.

A Supreme Court anchored to the right

“The purpose of this law is to prepare the ground for the Supreme Court to overturn the current case law,” the Governor of Arkansas said bluntly. The temple of American law has been firmly anchored to the right since the appointment by Donald Trump of a conservative judge, a few days before his defeat in the presidential election.