Arrested by the military, the president and the prime minister resign 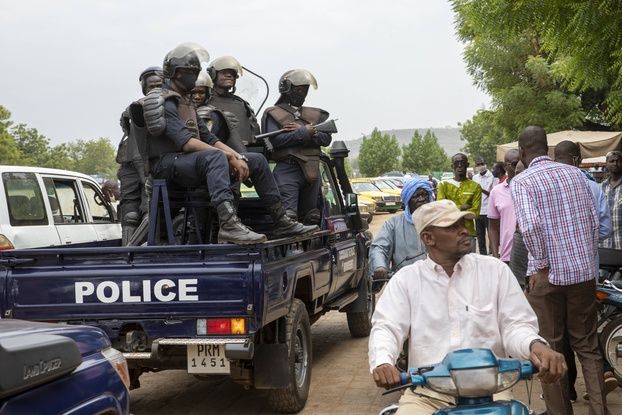 For Emmanuel Macron, the situation in Mali is nothing other than a “coup d’etat within a coup”. Transitional President Bah Ndaw and his Prime Minister Moctar Ouane resigned Wednesday after their arrest Monday by the military.

According to Baba Cissé, special advisor to Colonel Assimi Goïta, at the origin of this coup, the heads of the executive resigned in the presence of the mission of diplomats who came to see them at the military base of Kati, about fifteen kilometers from Bamako. In reality, this would have been done before the arrival of the mission in Kati, the place of their detention, according to a member of the delegation made up of the Economic Community of West African States (ECOWAS), African Union (AU) and the UN Mission in the country (Minusma). The delegation then went to the offices of Colonel Goïta, vice-president of the transition, whom it had already met on Tuesday. “We saw the vice-president again to tell him our disagreement,” said the same member of the delegation on condition of anonymity.

The UN Security Council unanimously condemned this ouster without however speaking of a coup, nor considering coercive measures. “To impose a change of direction of the transition by force, including by forced resignations, [est] unacceptable, ”the Council said. The United States for its part suspended assistance to the Malian security and defense forces, the State Department said. If the mediation efforts do not succeed, “we will take sanctions against all those who prevent the transition process from developing”, for his part warned the French Minister of Foreign Affairs Jean-Yves Le Drian.

European countries are also ready for sanctions, French President Emmanuel Macron said. The ECOWAS also made it known that sanctions were possible, as it had done after the coup d’état led by the same colonels in August 2020.

Towards a next release

The meeting of the ECOWAS mission with the arrested leaders promised to have serious consequences. “Negotiations are underway for their release and the formation of a new government,” Baba Cissé explained. Information confirmed by the head of the ECOWAS delegation, Goodluck Jonathan.

But the mission, as well as much of the international community, did not intend only to obtain assurances as to their state of health and to demand their immediate release. She called for a return to the transition, supposed to bring back elected civilians to power at the start of 2022. The coup, yet another upheaval in contemporary Malian history, raises a multitude of questions as to its impact on the anti-jihadist struggle and on governance in Mali. Mali, and more immediately on the future relationship with the colonels and the respect of the planned deadlines, such as the holding of elections in early 2022.