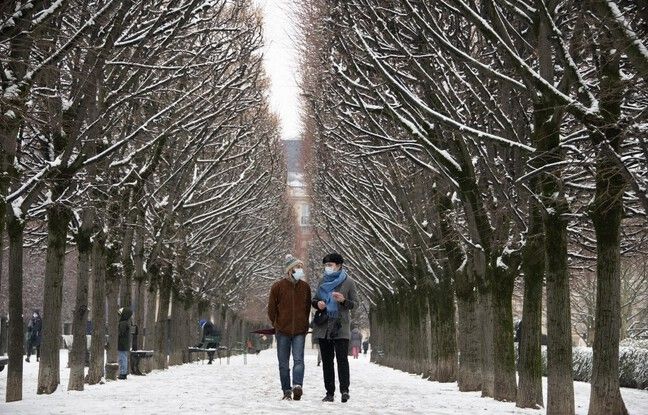 In Finland, a budding artist and a handful of volunteers are enjoying great success with the public and the media with a huge work of art traced with their footsteps in the snow. Similar to a mandala seen from above, this one measures 160 meters in diameter and was made last weekend. Today it is considered to be the biggest snow drawing in the Nordic country.

Seen from the ground, difficult to perceive all its beauty. But when one rises in the sky, the sophisticated beauty of interwoven rosettes is revealed. “It was a challenge for me to explain everything and keep everyone’s enthusiasm for the project – and it worked,” explained a computer consultant behind him.

Other projects in mind

Wanting simply to “create something beautiful” in the 30 centimeters of snow that covers a sports field in Espoo, a suburb of Helsinki, the artist first drew his project on the computer. He then recruited volunteers from the ranks of a group of snowshoe enthusiasts. There, they used ropes to draw perfect circles according to a pattern drawn on a map.

Then, “we spent three hours laughing and walking” under a wintry sun in -10 degrees, recalls one of the volunteers. “It was very difficult to understand what this art was going to look like” when we put one foot in front of the other on the thick white coat, explains another volunteer.

“So it was great to see the photo from above, it was perfect,” he says today. The artist says he already has other projects in mind, although “a little smaller, perhaps”. “But since people are so excited, I think there will be new designs in the snow in the weeks to come,” he promises.

“We will have to train and behave as a team,” warns Wijnaldum before the Champions League