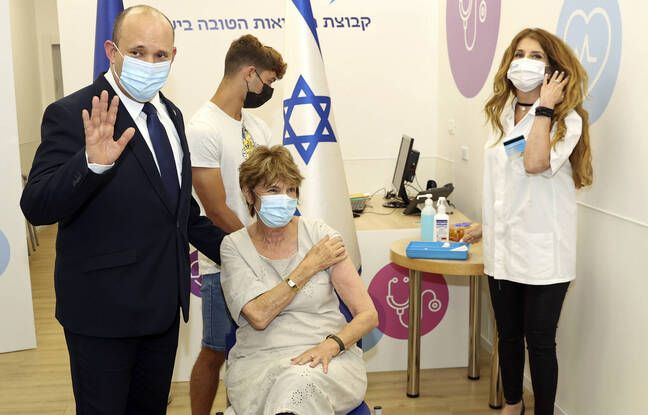 Despite the vaccination, Israel faces a resurgence of the coronavirus. And as in many countries, the increase in contamination in recent weeks is linked to the spread of the Delta variant. The country’s authorities therefore announced Tuesday evening the reinstatement of health restrictions. These will come into force on August 8, according to the official statement, following the ministerial cabinet meeting on crisis management.

The Hebrew State has thus decided to extend the obligation of the health pass to public places gathering less than 100 people in a closed place, as well as the compulsory wearing of the mask in outdoor places gathering more than 100 people. In addition, quarantine will be mandatory for people returning from most countries of the world, vaccinated or not. This quarantine period was reduced in mid-July to seven days instead of ten previously, under the condition of a negative test.

Israel was one of the first countries to launch a massive vaccination campaign in mid-December under a deal with pharmaceutical giant Pfizer, which quickly delivered millions of doses to the country in exchange for data. on the effects of its vaccine developed with the company BioNTech. This campaign delivered two doses of the vaccine to more than 55% of the country’s population, and about 85% of adults, resulting in the reopening of cafes, bars and shops and a reduction in the number of cases less than 100 per day against 10,000 at the height of the epidemic.

The country also launched a campaign on Friday for a third dose of vaccine for those over 60 years old. More than 110,000 elderly people have received a third dose, according to data from the Ministry of Health. In the past 24 hours, Israel has recorded 3,818 cases of Covid-19, a record since March, and the country has 422 people hospitalized, 221 of whom are in serious condition.

Unable to score, the Canaries cross “a way of the cross”

Simeone defends Griezmann, still whistled by his audience in the Champions League