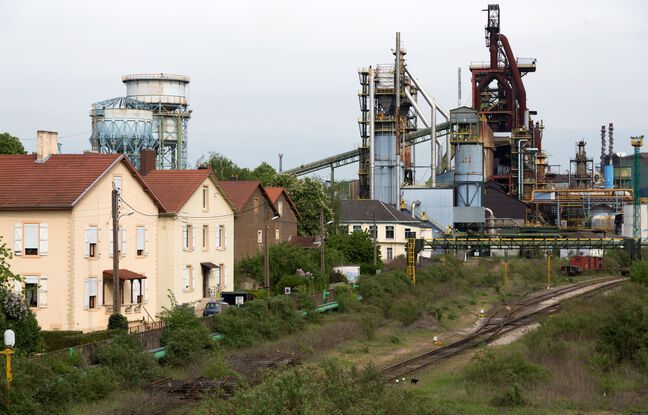 The German steel group Saarstahl on Friday confirmed the conclusion of an agreement in principle for the takeover of the ailing French sites of Ascoval and Hayange, a takeover which could be effective at the end of July. Saarstahl and its parent company SHS (Stahl-Holding-Saar) “obtained an agreement in principle, Thursday July 1, from Liberty Steel France Holding”, which “opens the way” to the acquisition of the two sites, indicated the company in a press release.

The conclusion of this agreement had already been announced Thursday evening by the French Ministry of the Economy, but it was followed by a statement from Liberty Steel’s parent company, GFG Alliance, suggesting that the ArcelorMittal group was still in the race. “Liberty Steel Group presented to the commercial court several options to ensure the future of Liberty Steel France (LSF), which includes Liberty Ascoval and Liberty Rail Hayange”, explained a spokesperson for GFG. For its part, ArcelorMittal declined to comment.

In May, Liberty Steel, owner for less than a year of the Ascoval steelworks in Saint-Saulve (North) and the Hayange rail plant (Moselle), announced that it was looking for buyers, due to financial difficulties. met by his boss, the British magnate Sanjeev Gupta, and his family holding company GFG Alliance. The group has been desperate for funds since the bankruptcy in March of financial firm Greensill Capital, its main creditor. On Friday, Saarstahl said he was “fully mobilized alongside all parties and the Ascoval and Hayange teams to achieve this agreement by the end of summer 2021,” said a statement.

According to a source familiar with the matter, the transfer of ownership could take place before the end of July, or even within a fortnight. With 270 employees, Ascoval produces “blooms” (steel bars) for Hayange (430 employees), which manufactures steel rails then intended for the main European rail networks, in particular SNCF Réseau and RATP. A week ago, the inter-union called on the government to validate the Saarstahl project rather than that of ArcelorMittal, judging “without hesitation” this offer “in every way better” and favoring “a group on a human scale that will leave us economic, social and industrial autonomy ”.

“Welcome to our new shareholder! “: The inter-union CFDT, CFE-CGC, FO and CGT d’Hayange said to” welcome this outcome “Friday. The German group has for us the most solid industrial and financial record but above all will bring more stability to our company and our jobs “, she believes, while saying” vigilant as to the follow-up to the operations: investments, jobs and hiring plan, cash injected immediately, or new markets that Saarstahl would like to win back ”.

According to a source familiar with the matter, Saarstahl proposed 3 million euros for the purchase of the two sites, and more than 40 million euros to be injected into investments, as well as 45 million for debt recovery. This agreement, “which brings out a new European player, is very good news for the future of the French steel industry and for the employees of the two sites,” Economy Minister Bruno Le Maire commented on Thursday. “It gives concrete expression to our unwavering commitment to them to ensure the sustainability of their employment and of this strategic activity for France,” he added.