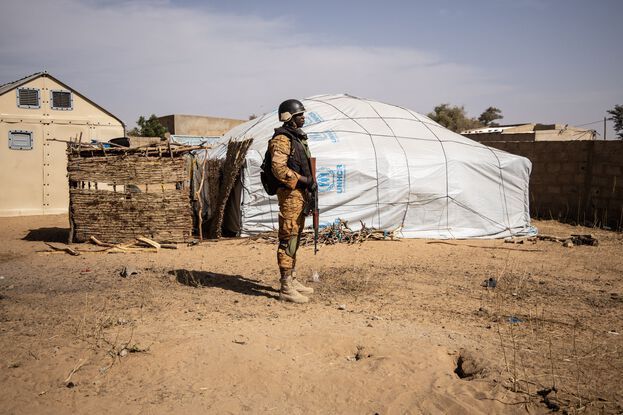 Burkina Faso experienced horror during the night from Friday to Saturday. The north of the country was hit by two attacks, one of which left at least 138 dead, the deadliest since the start of jihadist violence in 2015.

United Nations Secretary General Antonio Guterres “is outraged by the assassination […] more than a hundred civilians, including seven children, during an attack perpetrated by unidentified assailants ”in the Sahel region of Burkina Faso, declared his spokesperson Stéphane Dujarric. He “strongly condemns this horrific attack and underlines the urgent need for the international community to strengthen its support for one of its members in its fight against extremist violence and its unacceptable human toll”.

These attacks were committed in the so-called “three borders” area between Burkina Faso, Mali and Niger, regularly targeted by deadly assaults by jihadists suspected of being linked to Al-Qaeda and the Islamic State. “Armed individuals carried out a deadly incursion in Solhan, Yagha province. The balance sheet, still provisional, is a hundred people killed, men and women, ”said a security source. “The balance sheet is still provisional, is 138 dead”, for its part declared Saturday evening a local elected by specifying that “the bodies were buried in mass graves”.

“Faced with this tragedy of the dark forces, a national mourning of 72 hours” from June 5 at midnight to Monday June 7 at 11:59 pm was decreed by the government. President Roch Marc Christian Kaboré also denounced “this barbaric attack” and “despicable”, calling for “to remain united and united against these obscurantist forces”.

According to a local source, “the attack, which was reported around 2 a.m. [du matin], first targeted the post of the Volunteers for the Defense of the Fatherland ”, the VDP, civilian auxiliaries of the army, and“ the attackers then visited the concessions (houses) and carried out executions ”. Solhan is a small town located about fifteen kilometers from Sebba, the capital of Yagha province which has recorded numerous attacks attributed to jihadists in recent years. Now, “we are witnessing flows of internally displaced people fleeing to Sebba”, according to the local elected official. “These displacements also caused other victims because three people died on the Solhan-Sebba axis, the cart which transported them having jumped on an artisanal mine”.

Burkina Faso’s security forces are struggling to stem the spiral of jihadist violence which has killed more than 1,400 since 2015 and displaced more than a million people, fleeing areas of violence.