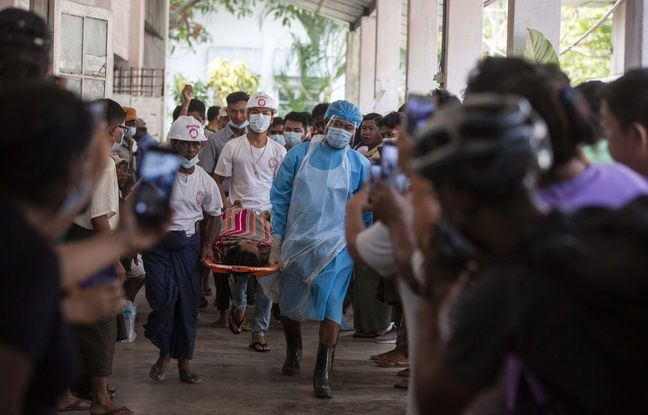 “At least 138 peaceful demonstrators”, including women and children, have been killed since the February 1 coup in Burma, the spokesperson for the UN secretary general said on Monday, citing figures from the top. -Commissariat for Human Rights.

Denouncing during his daily press briefing a “bloodbath weekend”, with “38 people killed yesterday” (Sunday) and “18 killed Saturday”, Stéphane Dujarric reiterated the calls of Secretary General Antonio Guterres that “The international community, including regional actors, unite in solidarity with the Burmese people”.

The United States denounces an “immoral and indefensible” attitude

In Washington, the American diplomacy also denounced the violence of the weekend.

“The Burmese security forces are literally attacking their own population, killing dozens of people across the country,” State Department spokeswoman Jalina Porter told reporters on Monday, saying he was was acting in an “immoral and indefensible” attitude.

“The military junta is responding to calls for the restoration of democracy in Burma with bullets. These tactics are a reminder that the Burmese army carried out this coup for its selfish personal interests, not to satisfy the will of its people, ”she added. The United States once again “called on all countries to take concrete steps to oppose the coup and the escalation of violence.”