At the trial of Derek Chauvin, the first witnesses overwhelm the ex-policeman 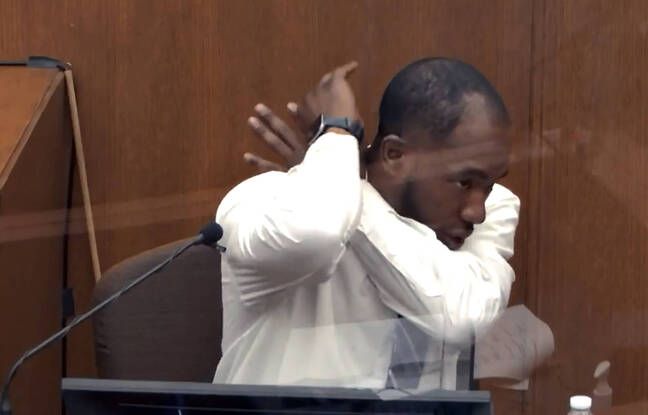 An MMA ex-fighter, a police switchboard operator, a high school student and her 9-year-old cousin… Monday and Tuesday, at the trial of ex-policeman Derek Chauvin, the first witnesses took the stand. One by one, these passers-by described their “anger” and their “sadness” at the agony of George Floyd which they witnessed. If their testimonies were above all in the emotion, the expert in martial arts explained to the jurors that Derek Chauvin had, according to him, practiced a “blood strangulation” by pressing his knee against the blow of George Floyd. This central point should be debated by medical experts in the coming weeks, before a verdict expected by the end of April-beginning of May.

Jena Scurry is the police operator who dispatched officers to the scene after the convenience store owner reported that George Floyd had bought cigarettes with a counterfeit ticket. She recounted having followed the intervention live with one eye thanks to a surveillance camera. As Derek Chauvin squeezed George Floyd’s neck for 9 minutes and 29 seconds, she initially believed “the image had frozen”. Then, at the risk of sounding “like a scale”, she telephoned her sergeant, telling him that the police officer was “sitting on this man”.

“You are making him a blood choke ! On a video of the drama, we hear Donald Williams yelling at Derek Chauvin to stop. In front of the jury, he repeated that the police officer had, according to him, carried out a “blood strangulation” by cutting off the arrival of blood to the brain via the pressure exerted on the carotid artery, on the side of the neck of George Floyd. The attorney for the prosecutor’s team asked him multiple questions, referring to his “expertise” in martial arts. Donald Williams has indeed fought in MMA (mixed martial arts).

The one nicknamed “The Deathwish” pointed out to the jury that every time Derek Chauvin made a slight spinning motion with his knee and foot, he increased the pressure on George Floyd’s neck. After the ambulance left, he called “the police against the police”, telling the operator: “I think I just witnessed a murder”. For the defense, lawyer Eric Nelson recalled that Williams was “not a medical expert”. According to him, “the growing threat from the angry mob” has led Derek Chauvin to “divert his attention from Mr. Floyd’s plight.”

Darnella Frazier and Judeah Reynolds, a high school student and her 9-year-old cousin

The camera in the courtroom was cut for the testimony of these minors. Darnella Frazier, 17 last May, is the high school student who filmed the police intervention with her smartphone. His post on Facebook is at the origin of the mobilization movement and questioned the initial version of the authorities who had called the death of George Floyd “a medical emergency”. “Some nights, I stay awake and I apologize to George Floyd for not having done more, for not having intervened, for not having saved him”, she testified, assuring that passers-by were shouting ‘let him’, ‘you are hurting him’, ‘he can’t breathe’, ‘he doesn’t move’. But according to her, the police “did not move” and were “on the defensive”. Her 9-year-old cousin also testified in her small voice: “I was sad and angry”. Derek Chauvin “seemed to be preventing him from breathing and was hurting him”. The lawyer for the ex-police officer did not risk cross-examination this time.

Share
Facebook
Twitter
Pinterest
WhatsApp
Previous articleAfter accusations of refoulements of migrants, the country wants to put an end to “attempts to tarnish” its image
Next articleGreta Thunberg statue creates a stir at UK university