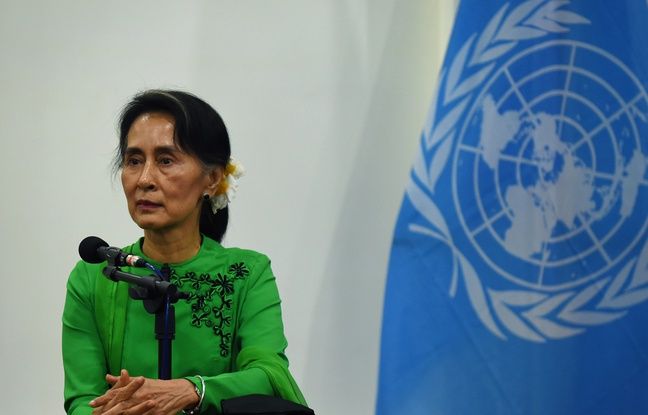 In the aftermath of a severe warning from the UN envoy against a risk of “civil war” and “imminent bloodshed” in Burma, the former Burmese leader, Aung San Suu Kyi, detained since the military coup of February 1, appeared Thursday in court.

More than 535 people, including many students, adolescents and young children, were killed by security forces in two months, according to the Association for Assistance to Political Prisoners (AAPP). Hundreds of others, held incommunicado, are missing.

Aung San Suu Kyi, 75, appeared by video conference in a court in the capital Naypyidaw for a hearing on administrative issues such as the formal designation of the eight lawyers on his defense team. She appeared to be in “good physical condition,” said one. She was “bright and charming as always,” commented lawyer Khin Maung Zaw. Her defense team had seen her the day before by video and under police surveillance for the first time since the putsch.

“She requested a meeting between her and her lawyers – a private meeting to instruct her defense and discuss the case without outside interference from the police or the armed forces,” he added. The next hearing is set for April 12. The 1991 Nobel Peace Prize laureate is being prosecuted for four counts, including “incitement to public unrest”. Charges of having collected more than a million dollars and eleven kilos of gold in bribes are added but she has not yet been charged with “corruption”. She faces long years in prison, risking being banned from political life.

Autodafe of the Constitution

Members of his party, the National League for Democracy (LND), announced Wednesday the formation during the first week of April of a “new civilian government” of resistance. In hiding since the coup, they also announced that the 2008 Constitution drafted by the previous military regime was “canceled”. Protesters burned a stack of copies of the text on Thursday on a street in Yangon, the economic capital, where two army-owned supermarkets were set on fire overnight. A 31-year-old protester was killed in Monywa (center) and ten others injured, a rescuer said.

Candlelight vigils and silent prayers were held in memory of the “martyrs” who have died in the past two months and protesters marched through Yangon with “tears of blood” painted on their faces. Tens of thousands of civil servants and private sector employees are still on strike. The International Federation of Red Cross and Red Crescent Societies accused security forces of targeting rescuers. “Red Cross doctors and rescuers in Burma have been wrongfully arrested, intimidated or injured, and Red Cross property and ambulances have been damaged. This is unacceptable, ”said the organization’s regional director for Asia-Pacific Alexander Matheou.

Divisions in the Security Council

During an emergency closed-door meeting of the UN Security Council on Wednesday, requested by London, the UN envoy for Burma, Christine Schraner Burgener, warned of “a risk of civil war at an unprecedented level ”, urging“ to consider all the means at its disposal to (…) avoid a multidimensional catastrophe in the heart of Asia ”. But its 15 members remain divided. While Washington and London have defended the implementation of sanctions by the UN, Beijing, a traditional ally of the Burmese army, has firmly rejected this idea, while calling for “a return to a democratic transition”.

The UK on Thursday sanctioned a second military-linked conglomerate, Myanmar Economic Corporation (MEC), a week after joint sanctions with Washington targeting Myanmar Economic Holdings Ltd (MEHL). The violence against civilians has sparked anger among some 20 rebel ethnic factions in Burma. Some have launched attacks against the police and the army, the latter responding with air raids.