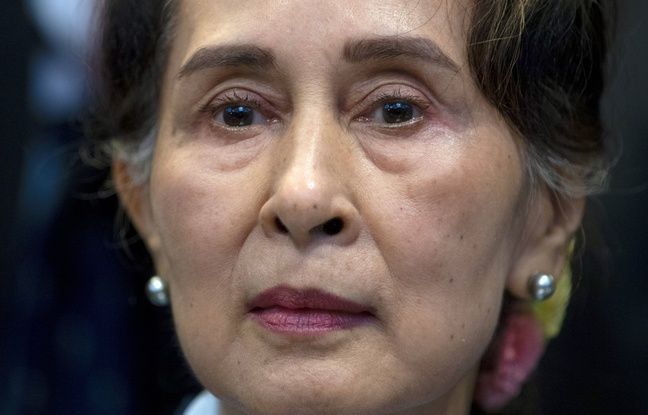 The political game in Burma, held by the military junta, will continue in prison for Aung San Suu Kyi. The former leader, overthrown by a coup, was indicted for corruption, accused by the junta of having collected more than half a million dollars and eleven kilos of gold in bribes.

Arrested on the morning of February 1 and since under house arrest, the 1991 Nobel Peace Prize laureate is already facing numerous legal proceedings ranging from illegal possession of walkie-talkies to incitement to public disturbance and violation. of a law on state secrets.

She is now also indicted for having illegally collected “600,000 dollars and 11 kg of gold” from the former minister in charge of the Yangon region, Phyo Min Thein, the official newspaper said on Thursday. The Global New Light of Myanmar. She is also accused of having abused her authority to lease land on favorable terms for the charitable foundation Daw Khin Kyi, which she chaired.

The former leader “committed acts of corruption using her position. She was therefore charged under article 55 of the anti-corruption law, ”the newspaper said. “These accusations are absurd,” denounced one of his lawyers, Khin Maung Zaw. The aim is to “keep her away from the (political) scene of the country and to tarnish her image”. “Successive military regimes in Burma have always wanted to blame their opponents for corruption,” lamented analyst Richard Horsey from the International Crisis Group (ICG) analysis center.

Aung San Suu Kyi, 75, can be banned from politics and faces long years in prison if convicted. The junta continues to tighten its judicial grip against the former leader, “in good health”, according to her lawyers, despite the weeks spent in solitary confinement.

A series of trials

Two trials are already scheduled in the capital Naypyidaw, the first to start on June 14. She could be called to appear later in Yangon for the section concerning the violation of the text on state secrets.

Aung San Suu Kyi has already spent more than 15 years under house arrest under previous military dictatorships, before being released in 2010 and taking the head of the country five years later. The fact that she has become a political prisoner again and the trials that await her could be a game-changer again.