Australia reconsiders threat to jail any citizen returning from India 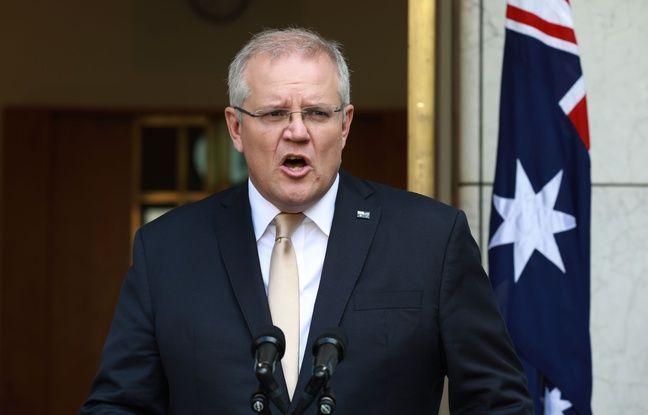 The Australian Prime Minister returned on Tuesday to his threat to imprison citizens who would try to flee India, ravaged by the pandemic. “I think the likelihood of that happening is close to zero,” Scott Morrison said in a media campaign.

His government decided at the end of April to suspend flights from India until May 15, when the Covid-19 pandemic in this South Asian country has reached an unprecedented level of severity. Australia had also warned this Saturday its fellow citizens returning from India by means of stop-over flights that they risked five years in prison.

Some 9,000 Australians are indeed stuck in India, including cricketers who participated in the Indian Premier League. “If our government cared about the safety of Australians, they would allow us to go home. It’s a shame !!! Mr Prime Minister, you have blood on your hands, ”notably tweeted the former Australian cricketer Michael Slater, stranded in the Maldives.

Morrison denied having “blood on his hands.” “There were a lot of tough decisions to be made during the Covid and people will criticize me and my government for it,” he told Nine television. “I’m not going to let Australia down. I will protect our borders during this period, ”he insisted.

Australia closed its borders to most non-Australians in March 2020. Everyone entering its territory must observe 14 days of quarantine, which has undoubtedly helped curb the spread of the epidemic. But this system was put to the test when the virus escaped from the quarantined areas and caused several outbreaks of contagion.

The Tory prime minister is due for re-election within the next 12 months and had relied on his relatively successful handling of the pandemic to achieve victory. But the suspension of flights from India and the slow pace of vaccination could jeopardize his chances. Australia has administered 2.2 million doses of the vaccine to a population of 25 million people.