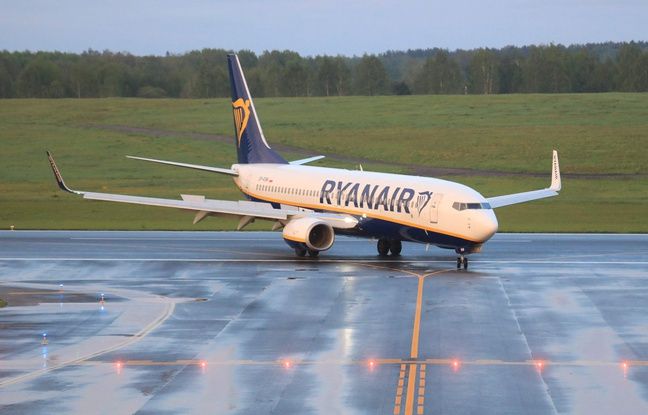 The threat is signed by Hamas, according to Belarusian authorities. On Monday, the government of this Russian-speaking state explained that the Ryanair flight, hijacked the day before at Minsk airport with a political opponent on board, had been threatened in an email claiming to be from the Palestinian organization.

“We Hamas soldiers demand that Israel stop firing on the Gaza area. We demand that the European Union cease its support for Israel (…) if our demands are not met, a bomb will explode (on board the Ryanair plane) over Vilnius ”, the director of air transport told the Belarusian Ministry of Transport, Artem Sikorski, claiming to read a Russian translation of the message received in English.

No “interference” according to Belarus

On Sunday, a MiG-29 fighter took off on the personal order of Belarusian President Alexander Lukashenko to intercept Ryanair flight FR4978 on the Athens-Vilnius route, capitals of two EU countries, which was at that time in Belarusian airspace. The crew of the Ryanair Athens-Vilnius flight decided to land in Minsk on Sunday “without interference” after being informed of a bomb threat, Belarusian authorities have since claimed, denying having forced the aircraft. to ask to stop an opponent.

“The decision was taken by the crew commander without outside interference” to land in the Belarusian capital, said Igor Goloub, commander of the air force of the former Soviet republic. According to him, the pilot could have “left for Ukraine, depending on the weather and his fuel reserve, or for Poland”.

After landing in Minsk and checking the aircraft, the plane left for Lithuania. Meanwhile, Belarusian police arrested opponent Roman Protassevich and his girlfriend, Sofia Sapéga, who were on board. Many officials in the West believe the whole incident was orchestrated.