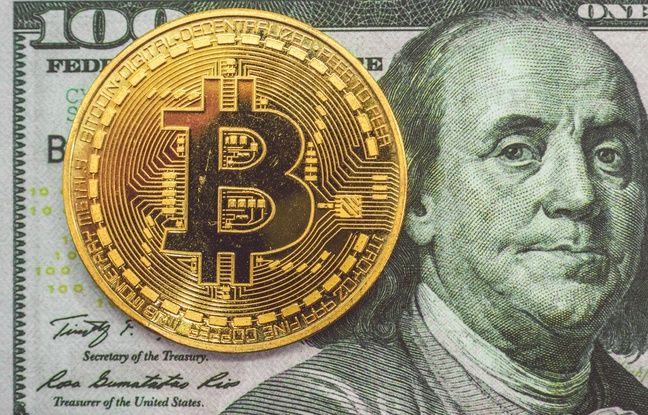 Asked by the American channel CNBC on Wednesday, NYDIG’s director of banking solutions Patrick Sells said that several small banks had already signed up for the program, but that the firm was also in contact with large institutions. Indeed, according to him, large banks like JPMorgan or Bank of America which were until then reluctant to face Bitcoin could change their mind if the adoption of cryptocurrency trading proves successful for smaller banks.

The growing interest that more and more American banks have in access to crypto-assets is explained by the success of exchange platforms such as Robinhood or Coinbase, the latter recently fledged on the stock market with flying colors. The amount of money deposited in the accounts of these platforms is staggering. Some 9.5 million Americans have traded cryptocurrency on the Robinhood platform since the start of the year and Coinbase’s revenue posted in Q1 2021 stands at $ 765 million. According to Yan Zhao, president of NYDIG, the banks want a piece of the pie: “It’s not just the banks who think their customers want bitcoin, they say: we have to do it, because we see the numbers. They see the deposits that go to the Coinbases, Galaxies and Krakens of the world ”.

Bitcoin is legal in the United States and recognized as a digital asset that can be used for purchases of goods and services. The country has one of the most developed cryptocurrency ecosystems in the world, but the legislative framework around all of this is still unclear. Different governing institutions do not all have the same definitions of what a cryptocurrency is, this has caused legal problems in the past. But federal legislation to remove barriers to innovation is being drafted. It will build a bridge between the various institutions and actors of the sector to harmonize the laws around cryptocurrencies. Large investment banks such as Goldman Sachs or Morgan Stanley have also already announced access to Bitcoin investment funds.

The benefit for virtual currency exchange services active with US customers is that a special license is required. You have to meet a whole bunch of requirements to get it: monitoring of transactions, taxes, collaboration with the authorities, etc. But the license is ultimately a promise of stability and reliability for banks interested in the crypto trading solution offered by NYDIG.

Conversely, most European banks are still cautious about adopting consumer cryptocurrency exchange solutions. The fear of the instability of these assets and of the risks of money laundering still persists, although a new European Union anti-money laundering directive of 2018 required trading platforms to register in its member countries and to set up security and transparency requirements. All is not yet perfect, but strict and clear rules to avoid fraud should gradually reconcile traditional banking institutions with the exchange of cryptoassets.