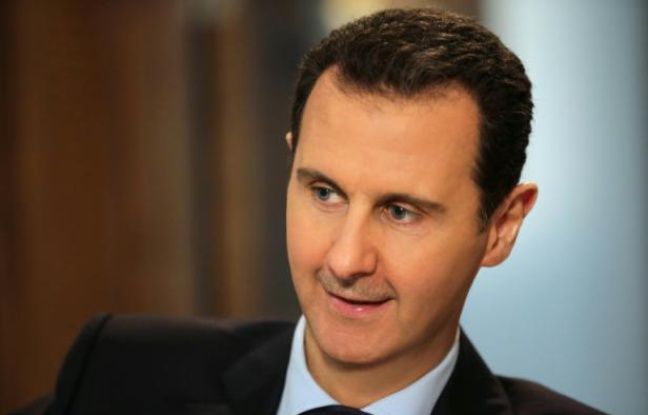 Syrian President Bashar al-Assad was re-elected with 95.1% of the vote, the Speaker of Parliament announced on Thursday. The two other candidates who presented themselves in front of him, Abdallah Salloum Abdallah, ex-minister and parliamentarian, and Mahmoud Mareï, member of the opposition tolerated by the government, obtained respectively 1.5% and 3.3% of the vote.

In a country ravaged by war since 2011, 14.2 million people took part in the ballot, out of the 18.1 million theoretically called to vote, i.e. a participation rate of 76.64% according to the President of Parliament. The election took place in areas controlled by the regime, i.e. two-thirds of the territory, and in some Syrian embassies abroad.

This is the second presidential election in Syria since the start in 2011 of a complex war that claimed more than 388,000 lives. In 2014, Bashar al-Assad obtained more than 88% of the vote according to the official results. Westerners called the election “neither free nor fair” and the opposition denounced a “masquerade”.

Bashar, the sole architect of reconstruction

The Syrian president is a cold autocrat and hardened by the conflict that has torn his country apart for more than ten years, the deadliest since the beginning of this century. Even at the height of the civil war, he remained unfazed, convinced of his ability to crush a rebellion he denounced as “terrorist” and the product of “a plot” hatched by enemy countries to overthrow him.

In more than ten years of war having made more 388,000 dead, it does not make concessions on the sharing of power, confirming its intractable character.

His victory in the presidential election on Wednesday, an election widely criticized by Western countries, constitutes a new setback for the opposition. With his campaign entitled “Hope through work”, Bashar al-Assad wanted to establish himself as the sole architect of a reconstruction that the country desperately needs.

“The former and the next president of Syria”

Bashar al-Assad “has succeeded in making himself indispensable. In politics, it is important to know how to reshuffle the cards and he has mastered the game, ”said a journalist on condition of anonymity. Father of two boys and a girl, he did not change his daily habits much during the war, according to his relatives. He “sometimes himself follows the lessons of his children, and insists on a direct relationship with them,” says the journalist who has met him many times.

From now on, he seeks to return the image of a modern statesman, worker and projected towards the future. Photos show him working in his office, participating in a reforestation campaign, visiting a factory or posing with soldiers on the front lines.

“Assad is on the verge of being the former and the next president of Syria,” summarizes Nicholas Heras of the Newlines Institute in Washington. He is doing everything, as well as his allies, “to impose this reality”.