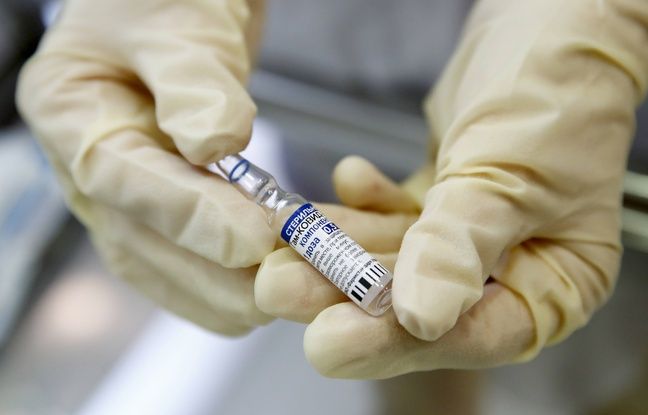 In Germany, Bavaria has negotiated a “preliminary contract” with a view to receiving soon 2.5 million doses of the Russian Sputnik V vaccine against Covid-19, subject to its approval by the European regulator, the leader announced on Wednesday. German regional Markus Söder.

This “preliminary contract is signed today”, indicated the elected conservative, who belongs to the camp of Angela Merkel, specifying that “if Sputnik is approved in Europe, then the State of Bavaria will receive additional doses of vaccine” , numbering 2.5 million, “by June”.

According to Markus Söder, the talks were held with a regional pharmaceutical company located in the town of Illertissen. The company R-Pharm Germany, a subsidiary of the Russian drug manufacturing giant R-Pharm, has a production line in this town and is in a position to manufacture the Russian vaccine, according to several German media.

Markus Söder, a possible candidate for Angela Merkel’s succession, had already pleaded in March for the European regulator EMA, which has started the Sputnik review, to “speed up” its approval process. The Bavarian leader had defended the studies published on this vaccine showing that it was, according to him, “highly safe”. Markus Söder heads the Bavarian CSU party, the CDU twin of Angela Merkel. He enjoys greater popularity with voters in the polls than CDU leader Armin Laschet, who is also a contender for the candidacy.

Bavaria, the largest German Land, is the first regional state to announce such an order while the vaccination campaign is slipping in the country, due to the logistical organization but also to the number of doses available.

The German government has so far said it wants to wait for the EMA to make a decision before entering into purchasing discussions, but Berlin has emerged as one of the main advocates for this vaccine in Europe. Other Western countries accuse Moscow of using its vaccine as a tool for geopolitical influence, accusations Russia rejects.

Faced with the slowness of vaccination within the European Union, Austria has also announced, like Slovakia, directly negotiating the delivery of the Russian vaccine, in addition to those ordered by the European Commission. Hungary is currently the only EU member to administer this vaccine.