Beer, flowers or $ 100 … vaccination incentives are on the rise 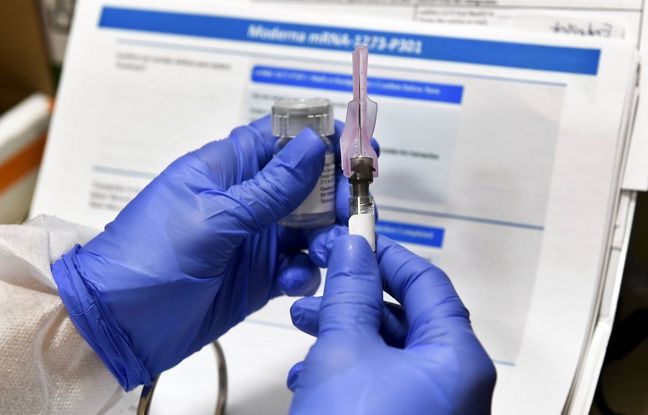 A beer, a cake, flowers and even money … In the United States, initiatives are increasing to convince the undecided to get vaccinated against Covid-19. About 56% of American adults, or more than 145 million people, have received at least one injection. But the daily number of doses administered is now in decline in the country and the authorities want to reach the indifferent and the skeptics.

President Joe Biden thus launched this Tuesday a “new phase” of vaccination with a goal of at least one injection for 70% of adults and 160 million Americans fully vaccinated by the National Day of July 4. To achieve this goal, he announced partnerships with supermarkets to guarantee promotions to buyers coming to be vaccinated. These reductions range from five dollars per purchase to 10% of the receipt, said Wednesday Andy Slavitt, White House adviser on the fight against Covid-19.

A free ticket to an upcoming baseball game

Some big sports leagues also offer free tickets or discounts at shops, he said. Baseball fans getting vaccinated at the New York Yankees or Mets stadium on game day will receive a free ticket to an upcoming game, New York Governor Andrew Cuomo announced. And to get to a vaccination center, the Uber and Lyft VTC platforms promise free or reduced-price rides.

Hungry after the vaccine? Vitamin Shoppe nutritional supplement stores provide a snack for each customer showing their vaccination card. And for those who love sweetness, the Krispy Kreme donut chain promises one free cake per day per person until the end of the year. To convince the undecided, the brand goes so far as to offer every Monday until the end of May a coffee and a free cake “to start the week well” and to choose the vaccine.

A free beer in exchange for an injection of Johnson & Johnson

States also want to attract the refractory with the favorite alcoholic drink of Americans. New Jersey Governor Phil Murphy has promised a free beer until the end of the month to anyone over 21 – the minimum age to consume alcohol – receiving a first dose of the vaccine. As for the mayor of Washington, Muriel Bowser, she announced a free beer in exchange for an injection of the single dose Johnson & Johnson vaccine. But the promotion is limited to a few hours Thursday and in a single vaccination center in the federal capital.

In anticipation of Mother’s Day, celebrated on Sunday in the United States, the municipality of Washington will offer 300 bouquets of flowers the day before to candidates for vaccination. They can even get an ephemeral “Vaccinated for mom” tattoo until the end of the month.

In a country where employees are far from having all access to paid leave, more than a thousand companies now guarantee their employees periods of paid absences to get vaccinated, said Andy Slavitt. At the end of April, the Biden administration announced tax credits for small and medium-sized businesses granting paid leave to their employees to receive their injection and recover from possible side effects.

But the best motivation is money. Maryland Governor Larry Hogan announced Monday that state employees would receive $ 100 if they were vaccinated, an offer valid for the next 18 months and retroactive but with conditions. In West Virginia, where vaccination is open from the age of 16, Governor Jim Justice is offering $ 100 in savings bonds to 16-35 year olds, an age group more reluctant to be vaccinated.

According to a survey conducted by the Kaiser Family Foundation in March, 25% of 18-29 year olds prefer to “wait” before getting vaccinated, compared to 17% of the total population. Only 13% of those surveyed indicated that they refused to receive a vaccine.