Behind the 100th anniversary of the Communist Party, all is not so well for Beijing 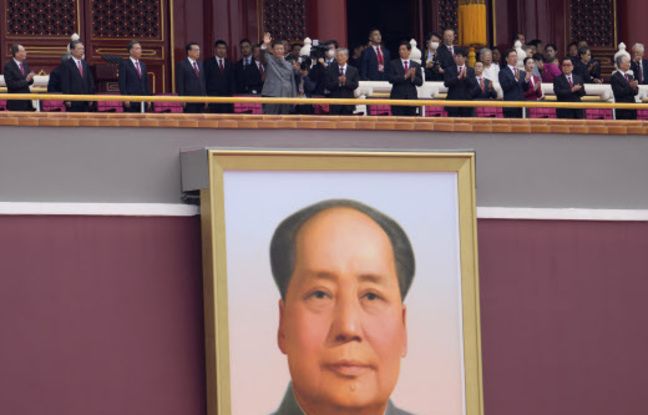 100 years old and all-powerful? The manner in which China is currently celebrating the centenary of the Chinese Communist Party (CCP) is impressive in its pomp. And from a distance, things seem to be going pretty well for Beijing. Xi Jinping, the strong man of the regime, did not fail in his speech to underline the exit from extreme poverty of tens of millions of people since the seizure of power by the CCP in 1949 … and especially since the political reforms set up from 1979. The PCC, precisely, still has 95 million members and is rather dynamic: “2 million new members are recruited each year,” said Alice Ekman, analyst responsible for Asia at the European Union Institute for Security Studies interviewed by 20 Minutes.

Internationally, China has become in twenty years the new great rival of the United States. Lately, she has been able to get rid of the Covid-19 epidemic quickly, at least officially. Finally, Beijing is showing its firmness – the word is weak – against any form of protest or opposition, as in Hong Kong and Xinjiang, among others, without foreign pressure changing anything. “Apparently, we have here all the instruments of a very authoritarian power”, summarizes Valérie Niquet, research supervisor at the Foundation for Strategy Research and author of Chinese Power in 100 Questions (ed. Tallandier).

Ostensibly ? “The reality is that very often, very authoritarian regimes which seek to strengthen their control are not in very good health”, analyzes Valérie Niquet. And first of all, not in such good economic health. Chinese growth has slowed down sharply: officially, it was only 2.3% in 2020, a very low figure for the country. However, “it ensures a certain degree of legitimacy for the Party,” says Alice Ekman. Of course, there was the health crisis, but more generally, “the benefits of growth are starting to slow down,” warns Valérie Niquet.

Over the past thirty years, the fruits of this growth, which remain very unevenly distributed, have all the same given rise to a large middle class. The oldest generations, who experienced the Cultural Revolution (up to 20 million deaths according to estimates) or even the Great Leap Forward (up to 50 million deaths), take advantage of these new margins and the contrast with the China before 1979. “The youngest people do not have this standard,” recalls Valérie Niquet. We can calm them only if access to employment and consumption is easy ”. Which is sometimes more difficult.

A recovery that is scary inside …

Among the privileged Chinese, who profited the most from the national economic boom, we are also beginning to worry. “This feeling of impunity, this impression that one could make a fortune without too many problems if one is not interested in politics, begins to crumble”, continues Valérie Niquet. Example with the disappearance, for several months, of the wealthy founder of the online commerce site Alibaba, Jack Ma, after a critical speech on the regime.

“Disappearances” which are not isolated: it is the mark of the regimes in hand since the coming to power of Xi Jinping in 2012. The Chinese president has strengthened the party through various means. In particular by strengthening its doctrine: “The Party is still communist and Leninist. It’s not just a label, ”explains Alice Ekman, also author of Bright red – the Chinese communist ideal (ed. of the Observatory). Xi also reinforced “the mutual surveillance among comrades with sessions of criticism and self-criticism inherited from the Mao era and forced confessions.”

In his speeches, the Chinese president now asserts without complex and without nuance the national power. Result: unlike fifteen or twenty years ago, China is once again scaring the West. And this is a problem, because partnerships are rarer, relations fresher… When we are not squarely at the stage of economic confrontation. “The previous leaders were more cunning, believes Valérie Niquet. Even though they had the same ambitions, they understood that having the appearance of a more open and lovable system was profitable. “

Far from the proclaimed autonomy, China is on the contrary very dependent on the outside. It has a vital need that the richest markets, in Europe and North America, remain open to it. On the strategic level, China certainly represses in blood in Hong Kong or always in Tibet, because it is at home. “But it would take an enormous risk by wanting to seize Taiwan or if it were to proclaim that the China Sea is in its territorial waters”, Judge Valérie Niquet.

Xi Jinping’s strategy is also not unanimous. But fear and its policy of fighting corruption in the administration are enough to silence the party’s cadres. In the rest of the population, while opposition is mercilessly suppressed, the main option, in the event of discontent, is withdrawal. “We see this phenomenon among young people, a bit like the hippies of the 1970s,” notes Valérie Niquet. We are there, we do not say anything, but we participate little, we are in withdrawal. “

Others, having the means, go so far as to leave the country. Because except to be a civil servant, traveling or studying abroad is ultimately not that difficult. As if the opening of the borders acted as a valve. Unlike the Soviet Union, where the populations were almost prisoners. However, according to Valérie Niquet, Xi’s China, in the midst of an authoritarian takeover, is reminiscent of Brezhnev’s USSR, which refired after de-Stalinization. It remains to be seen whether reformist leaders are silently waiting at the CCP when Xi Jinping could be in power for another decade.