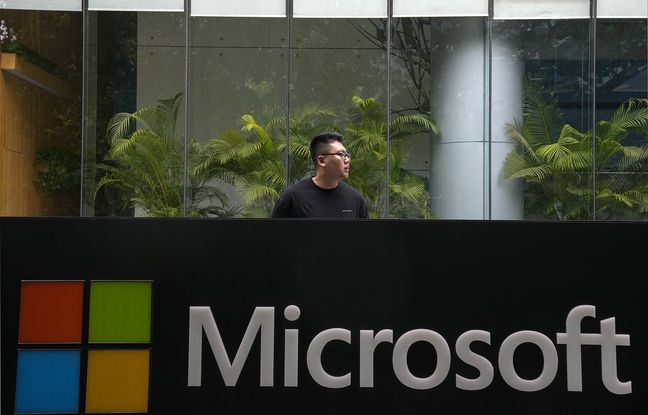 New cold snap between Beijing and Washington. After the trade and technology war, the treatment of Uyghur Muslims, Taiwan and Hong Kong, Washington and its allies condemned lce undi, in a concerted campaign, Beijing’s “malicious” cyberactivities, blaming it for the massive hacking carried out in March against Microsoft group Exchange mail services.

The United States, the European Union, Great Britain, New Zealand, Japan, Australia, NATO and Canada have, in separate press releases, called on China to act “responsibly. In cyberspace. If everyone has chosen their words, this is the largest condemnation so far of Chinese digital business. However, it is not accompanied by sanctions.

The United States adopted a stern tone, unlikely to improve bilateral relations. President Joe Biden accused the Chinese authorities of “protecting” the perpetrators of cyberattacks, or even of “giving them the means to act”.

China has “irresponsible, disruptive and destabilizing behavior in cyberspace, which represents a major threat to the economy and security” of the United States and its partners, added its Secretary of State, Antony Blinken.

London has displayed the same firmness. “The Chinese government must end its systematic cybersabotage and must be held accountable if it does not,” said British Foreign Minister Dominic Raab.

In a more cautious statement, NATO “took note” of the statements of its members on China. “We call on all states, including China, to respect their international obligations and commitments (…) including in cyberspace,” added the Atlantic alliance.

“Smear campaign” “from scratch”, for Beijing

China firmly denied on Tuesday its responsibility for computer attacks and in particular that against Microsoft. “This action is completely staged and presents the facts backwards. It is a campaign of denigration and pressure totally motivated by political reasons, reacted Zhao Lijian, a spokesman for Chinese diplomacy.

“Throwing shame on others does not whiten you,” Zhao denounced during a press briefing. “The main source of cyberattacks around the world is the United States.” The Chinese embassy in Canberra earlier on Tuesday accused Australia of “repeating like a parrot” US rhetoric.

“As everyone knows, the United States has shamelessly conducted large-scale and indiscriminate covert eavesdropping in many countries around the world, including its allies. They are the world champions of malicious cyber attacks ”.

According to Washington, the Chinese government “uses hackers” to carry out attacks around the world.

American justice has revealed the indictment of four Chinese hackers, including three “agents of the Ministry of State Security” (police), accused of having entered between 2011 and 2018 in the systems of companies, universities and the government to steal data or technology.

The information stolen, in many countries including Germany and Indonesia, related in particular to autonomous vehicles, chemical formulas or genetic sequencing technologies, according to the US Department of Justice.

“Significant economic losses” for the EU

On condition of anonymity, a senior US official also spoke of extortion attempts and “ransom demands of millions of dollars” addressed to private companies.

Ransomware attacks, which rely on encrypting a target’s data in order to require money to decrypt it, are on the rise and several large US companies have recently been targeted. American specialists rather attribute them to hackers based in Russia.

In their press releases, Brussels, London and Washington formally blame China for the hack in March against the Microsoft group’s Exchange messaging services, which killed tens of thousands of people around the world.

“Hackers continue to this day to exploit these security loopholes,” stressed European diplomacy, stressing that it represented a security threat and “significant economic losses” for the EU.

She also denounced the activity of a group of hackers known under the names of APT40 and APT31 (for “Advanced persistent threat”) who, according to her, carried out attacks “from Chinese territory with the objective of stealing secrets. or espionage ”.