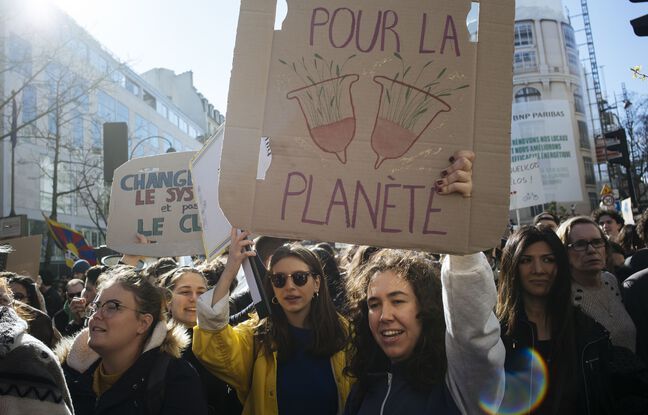 In an unprecedented trial in Belgium, which opened on Tuesday before a civil court in Brussels, nearly 60,000 Belgian citizens decided to denounce the inaction of the authorities in the fight against global warming.

Like the Netherlands procedure which condemned the Dutch government for non-compliance with the targets for reducing greenhouse gas emissions set by the Paris climate agreement, the “Klimatzaak” association (The Climate Case, in Dutch) filed a complaint in 2015.

This agreement dates from the end of 2015, and the objectives have in the meantime been revised at the international level, which the complainants take into account. In the Belgian procedure, the courts are asked to find that Belgium has failed to reduce, by 2020 at the latest, the overall volume of its emissions by “40% or at the very least 25%” compared to the 1990 level. In addition, the association demands in court, under penalty of penalty, that “the necessary measures” be taken so that the country complies with European objectives, namely a net reduction in emissions of “at least 55%” by 2030 in order to achieve carbon neutrality by 2050.

Four governments are summoned to appear; the federal government and those of the three regions of the country (Flanders, Wallonia, Brussels) also having responsibilities in the area of ​​environment and mobility. The complainants accuse them of not having carried out climate policy “as normally prudent and diligent public authorities would have done”. “Their negligence contributes to the accelerated progress towards a dangerous global warming”, add in their conclusions their lawyers, including the Dutchman Roger Cox, figurehead of the fight carried out in the Netherlands.

One million euros for each month of delay

They point to a “violation” of several international texts including the International Convention on the Rights of the Child, stipulating that the latter can grow up in a healthy environment and “enjoy the best possible state of health”. “Considering the importance and the urgency of the case, we ask for a penalty of one million euros for each month of delay in the execution of the judgment”, they add. According to Sarah Tak, spokesperson for Klimatzaak, some 58,000 Belgian citizens are involved in the procedure. And since the list of complainants had to be stopped in 2020, more than 5,000 others have shown their support on the association’s website.

The pleadings, which began on Tuesday morning, must last until March 26 inclusive. The French-speaking court of first instance in Brussels, which sits for the occasion at the former NATO headquarters converted into a vast building of justice, should then put its judgment under advisement. In 2015, some 900 Dutch citizens gathered behind the pro-climate NGO Urgenda had obtained the conviction of their government, a decision which was then confirmed before several courts of appeal in the Netherlands.