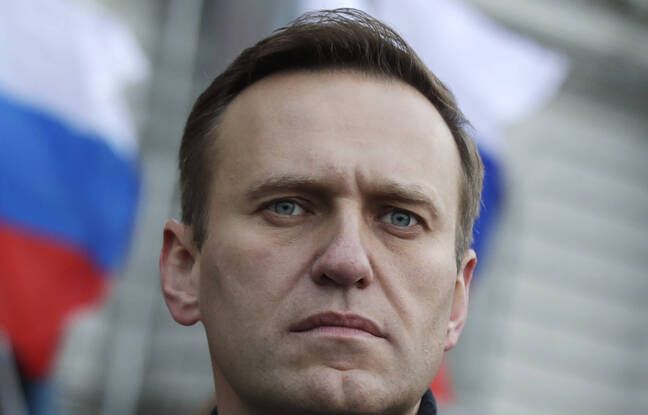 The Berlin doctors who treated Alexeï Navalny made public the clinical details of his poisoning in Novichok on Wednesday, the Russian opponent welcoming the publication of this medical “proof” that Moscow had been asking for months.

“Serious poisoning with a cholinesterase inhibitor has been diagnosed at Charité,” explain the scientists in this four-page article in The Lancet which traces for the first time the symptoms triggered by the nerve agent of the Novichok group developed by the USSR in the 1980s.

The conclusions of Russian doctors contradicted

“The verification of the involvement of a Novichok agent (…) was only carried out several days after having established the diagnosis of poisoning (…) and did not affect treatment decisions”, they continue.

According to the article published with the consent of Alexei Navalny, the Russian opponent, after the appearance of his first symptoms, fell into a coma, his heart rate slowed sharply, and his body temperature fell to 33 , 5 degrees Celsius.

“His good state of health before the poisoning probably favored his recovery”, explain the scientists, contradicting the conclusions of Russian doctors who for a time questioned the hygiene of life and the general state of health of Alexeï Navalny.

“Medical data are now published and available for the whole world”

A fierce critic of Vladimir Putin’s regime, Alexeï Navalny fell seriously ill on August 20 on a plane in Siberia, while he was campaigning for local and regional polls. After being treated in a Siberian hospital, he was transferred to the Berlin Charité hospital from where he was released a few weeks later.

Since then, he accuses the Russian secret services of having been behind the attempt to assassinate him, allegations deemed “delusional” by Moscow, which has so far denied that he was poisoned, for lack of access to evidence. intoxication.

Alexeï Navalny also reacted on Wednesday with irony on this subject on his Facebook account: “The most important thing is that Vladimir Poutine is relieved. At each press conference, he exclaimed, waving his hands, “when will the Germans provide us with their data?” “(…) It doesn’t matter anymore, medical data is now published and available to the whole world”.

The European Union had demanded explanations from Moscow and taken sanctions to which Russia responded on Tuesday with countermeasures.