Berlin to initiate talks with Russia to purchase vaccine doses 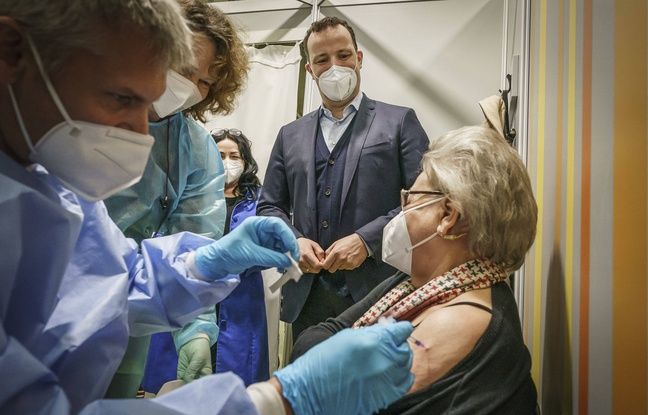 The German Minister of Health announced on Thursday that his country would initiate discussions with Russia with a view to a possible purchase of Sputnik V, in the event of approval of the anti-Covid vaccine by the European authorities. “I explained on behalf of Germany to the Council of Health Ministers of the EU, that we would discuss bilaterally with Russia, first of all to know when and what quantities could be delivered”, indicated , Jens Spahn on regional public radio WDR.

He justified his decision by explaining that the European Commission, for its part, had announced that it would not negotiate on behalf of the Twenty-Seven the purchase of the Sputnik V serum, contrary to what it did with others. vaccines against Covid-19. The question of the use of Sputnik is controversial in Europe. The French Minister of Foreign Affairs had recently criticized Russia for making it a tool of “propaganda” in the world.

“Deliveries (Russian, editor’s note) should take place in the next two to four, five months to really make a difference with our current situation” in terms of the number of injections, said Jens Spahn, criticized for the slowness of the campaign. vaccination. “Otherwise we will somehow have more than enough vaccine,” he said. For lack of being able to produce enough and wishing to dedicate its production as a priority to the Russian population, Moscow has so far only shipped small quantities of its vaccine abroad.

Since the first vaccination on Boxing Day, three sera are currently injected in Germany: those of Pfizer / BioNTech, Astrazeneca, under conditions, and Moderna. A fourth one from Johnson & Johnson is due to be distributed throughout the European Union in the coming weeks. Bavaria, the largest German region, already announced on Wednesday that it had negotiated a “preliminary contract” to receive 2.5 million doses of the Russian vaccine subject to the green light from the European Medicines Agency (EMA) .

The latter did not set a deadline for its decision on Sputnik while for other laboratories that have so far submitted their Covid vaccine for approval, the EMA had examined the data provided for two to four months . The German authorities, who are deeply concerned about the third wave of contaminations, are under pressure when 13% of the population has received at least one injection more than three months after the launch of the vaccination with fanfare. They promised that anyone wishing to be vaccinated could receive at least the first injection by the end of September.