Beware of “aphrodisiac” honeys, the authorities warn about the side effects of fake natural products 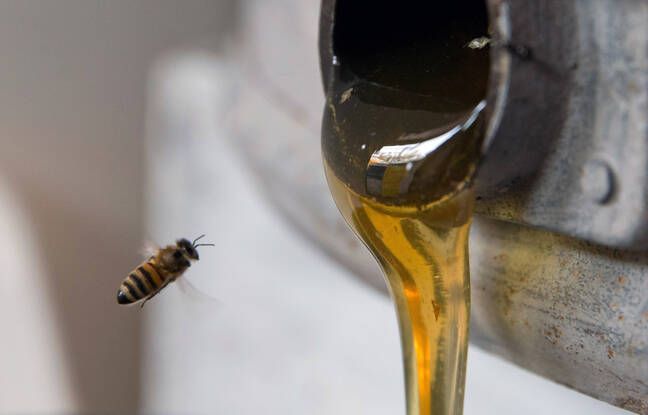 “Natural” products that are not at all. Health authorities on Tuesday warned against honeys and jellies posing as “natural” “aphrodisiac” products and which in fact contain the active ingredients of drugs such as Viagra, exposing those who consume them to “serious adverse effects” .

Black Horse Honey or Jaguar Power in the viewfinder

These “illegal and dangerous” products, sold “in particular via the internet or social networks” under the Black Horse Honey or Jaguar Power brands, are presented as “food supplements for aphrodisiac purposes (…) containing ingredients of natural origin (plants). ) ”, Explain these authorities in a press release.

“In fact, analyzes carried out by the joint laboratory service of the DGCCRF and the DGDDI show that they contain active medicinal substances not mentioned on the labels such as sildenafil or tadalafil”, the active ingredients of Viagra and Cialis, two erectile dysfunction drugs available only by prescription.

However, these substances “are powerful vasodilators” and “are in particular contraindicated in people suffering from cardiac pathologies, because of the serious undesirable effects that they can generate”, add the three authorities.

“Several poison control centers have documented in recent months numerous reports of serious adverse effects following the consumption of these products, which have caused repeated convulsions, pulmonary hemorrhages, cerebral edemas, or major acute renal failure having, for some, resulted in hospitalizations ”, they assure.

When these products are identified by the authorities, they “are systematically withdrawn from the market and recalled from consumers”, specifies the press release, which calls for “above all not to consume these products and to destroy them” and, in the event of undesirable effects “To consult (his) doctor or to go to the Emergency Department”.

“It was very strong” … Visually impaired, Nathan saw the match without eyes