Biden assures Europeans of his support before meeting with Putin 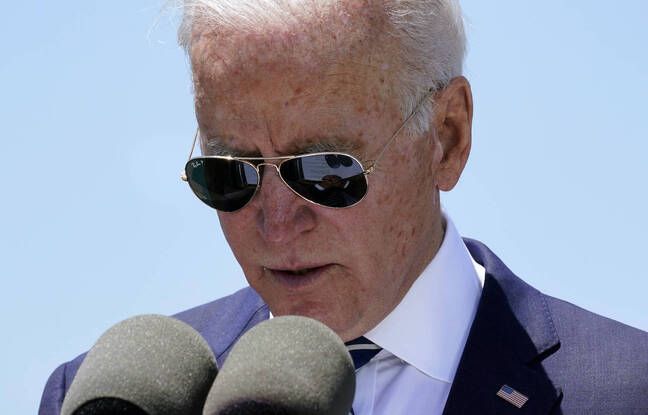 The United States will stand alongside its European allies against Russia, promised US President Joe Biden before his first summit with his Russian counterpart Vladimir Putin. In a column published Saturday in the Washington Post, the American president promises to consolidate “democratic alliances” of the United States in the face of multiple crises and growing threats from Moscow and Beijing.

Joe Biden is due to travel to Europe on Wednesday, where he will participate in the annual G7 and NATO summits and will meet in Geneva on June 16 with Vladimir Putin, in a period of very high tensions between the two rival powers . Washington has sanctioned Moscow for a host of reasons: accusations of interference in the elections, computer hacking, espionage, repression targeting the opponent Alexeï Navalny, military threat weighing on Ukraine, annexation of Ukrainian Crimea …

Russia has responded with numerous counter-sanctions and the two powers have not had ambassadors in their respective capitals for several weeks. Moscow also accuses NATO of activating militarily at the Russian borders with the deployment of troops and exercises.

“We are united in responding to Russia’s challenges to European security, starting with its aggression in Ukraine, and there will be no doubt about the United States’ resolve to defend our democratic values, which we cannot separate of our interests, ”writes Joe Biden. “President Putin knows that I will not hesitate to respond to future harmful activities,” he adds. “During our meeting, I will once again underline the commitment of the United States, Europe and democracies attached to the same principles to defend dignity and human rights”.

Since taking office in January, Joe Biden has displayed great firmness towards Russia, eager to mark the break with his predecessor Donald Trump, accused of appeasement. The Democratic president has even gone so far as to call Vladimir Putin a “killer”, drawing strong criticism from Moscow. But both Joe Biden and Vladimir Putin have expressed hope for improved relations. The Russian president hoped on Friday that their meeting would lead to positive results.

In his column, Joe Biden also stresses that Washington “does not seek conflict”, citing its decision to extend the New Start nuclear arsenal limitation treaty for five years. “We want a stable and predictable relationship in which we can work with Russia on issues like strategic stability and arms control,” he wrote.