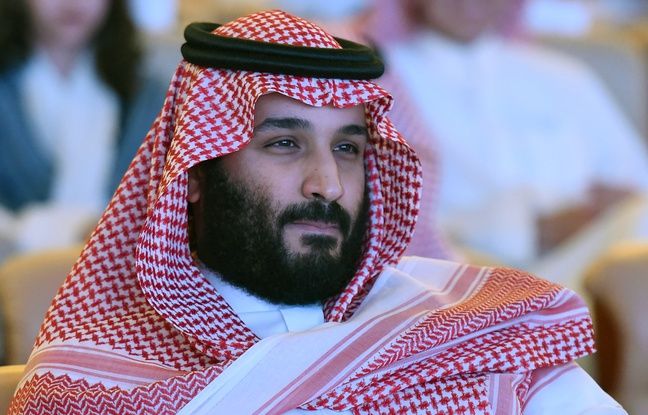 He took the lead. Joe Biden first spoke to King Salman of Saudi Arabia on Thursday, in a phone call that must be quickly followed by the release of a potentially explosive US report into the murder of Saudi journalist Jamal Khashoggi . The declassification of this report, which, according to the American media, accuses Crown Prince Mohammed ben Salman of having ordered the assassination of this opponent of the regime, had been blocked by Donald Trump.

Joe Biden, who recalled the “long-standing” and “historic” partnership between the two allied countries, also “underlined the importance that the United States places in universal human rights and the rule of law”, the White House said in a statement. In this regard, “he noted in a positive way the recent release of several American-Saudi activists and of Ms. Loujain al-Hathloul”, a feminist activist. But he also referred to “the United States’ commitment to help Saudi Arabia defend its territory against attacks from pro-Iran groups.” The king “thanked him”, according to the official Saudi press agency SPA, which also noted that Joe Biden had pledged that Tehran would “never be allowed to possess nuclear weapons”.

The two leaders discussed US efforts to end the war in Yemen, where Joe Biden halted Washington’s support for the Ryad-led military coalition. “The president told King Salman that he would work to make bilateral relations as strong and transparent as possible,” the White House added.

The statement does not refer to the US intelligence report on Jamal Khashoggi, which is expected to implicate powerful Crown Prince Mohammed bin Salman, says MBS, despite the kingdom’s denials. But the US government had previously said it would be unveiled “very soon” after the phone call between Joe Biden and the monarch.

Jamal Khashoggi, resident in the United States and columnist for the daily Washington Post, critic of Saudi power, was assassinated in 2018 in his country’s consulate in Istanbul by Saudi agents.

No sanction for the moment

The US Senate, which had access to the findings of the intelligence services of the world’s largest power, at the time ruled that the crown prince was “responsible” for the murder. But Mike Pompeo, then Secretary of State to Donald Trump, had told him that the CIA report did not contain “any direct element linking the crown prince to the order to kill Jamal Khashoggi”. And the former Republican president had never wanted to publicly blame Mohammed ben Salman for preserving the alliance with Riyadh, a pillar of his anti-Iran strategy, the world’s leading exporter of crude oil and a big buyer of American arms.

“I expect the report to show even more clearly that MBS was involved in Khashoggi’s murder. This is my working hypothesis, ”expert Simon Henderson of the Washington Institute for Near East Policy think tank told AFP. While it leaves the threat of new punitive measures, the Biden administration has not yet confirmed that it is ready to go so far as to sanction the prince.