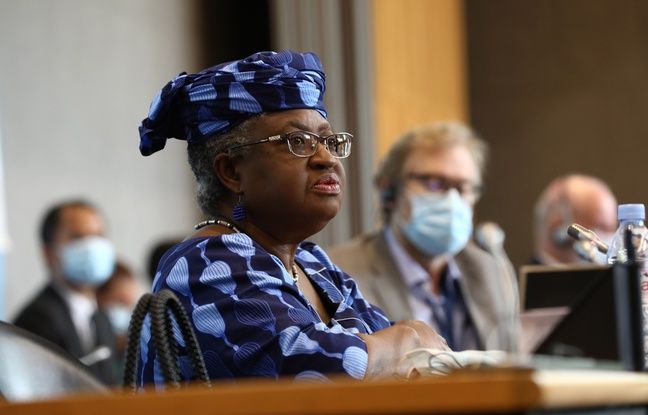 Ngozi Okonjo Iweala arrived Monday at the headquarters of the World Trade Organization (WTO), located in Geneva, to get to know his teams and representatives of member countries better, on the first day of a historic mandate at the head of an institution facing enormous challenges in the midst of the global economic and health crisis.

“I arrive in one of the most important institutions in the world and we have a lot of work. I feel ready, ”said Dr Ngozi, upon her arrival early Monday morning at the elegant WTO headquarters along the shores of Lake Geneva. The first woman and the first African to head the institution made the day a focus on listening.

“There is a meeting of the General Council and I hope to be able to listen and see what the delegations have to say, what the ambassadors have to say on the main topics and to exchange”, with them, she declared, specifying that she will also meet the deputy directors general, who piloted the institution during the six months of vacancy in power and part of its teams.

All at a good distance, Covid-19 requires. Twice Minister of Finance and Chief Diplomacy of Nigeria for two months, Dr Ngozi, 66, replaces Brazilian Roberto Azevedo, who left office in August a year before the end of his term.

The one who worked for 25 years at the World Bank was appointed on February 15 by the 164 member countries of the WTO after a long selection process, paralyzed for several months by the veto on her appointment of the former – Trump administration. The arrival at the White House of Joe Biden, who offered his support, made it possible to break the impasse.

The rule of consensus

Dr Ngozi begins her mandate on the first day of the first meeting (March 1-2) of the year of the WTO General Council, an opportunity for members of the organization to take stock of the ongoing negotiations . On this occasion, delegates are also expected to decide that the next Ministerial Conference – which had to be postponed due to the Covid-19 pandemic – will be held in December in Geneva.

By then, the new head of the WTO, known for her strong will and determination, will have had time to make her mark in Geneva. While some hope that his arrival will give the organization a real boost, others stress that it will not be able to change everything with a wave of a magic wand because of the rule of consensus by which members make their decisions.