Biggest rabbit in the world stolen, a call for witnesses launched by the police 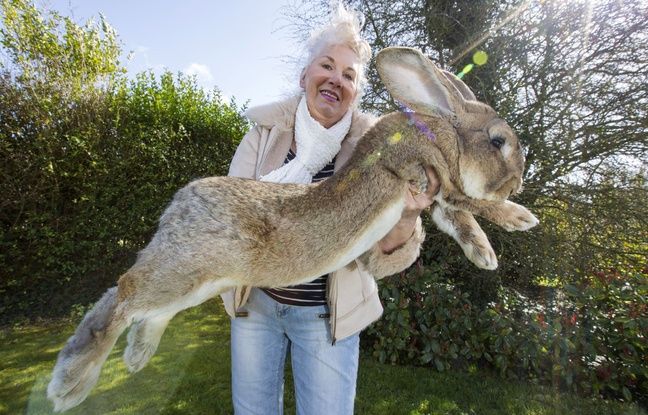 The biggest rabbit in the world has been stolen. The British police launched this weekend a call for witnesses after the theft of this animal, whose size was recorded by Guinness World Records in 2010 in the category “largest living rabbit”.

Darius, a 1.29 m long continental rabbit, lives in Stoulton, Worcestershire (England). He was stolen from his enclosure on the night of Saturday to Sunday, according to the police.

Have you seen Darius? Police are appealing for information after the world’s largest rabbit of its kind was stolen from his home in Worcestershire on Saturday night.

Heartbroken owner Annette Edwards has put up £1,000 for his return and pleaded for him to be brought back. pic.twitter.com/SaJ3IRRo4c

On Twitter, his owner launched an appeal, promising a reward of 1,000 pounds sterling (1,150 euros) for his return. She says her 11-year-old rabbit is too old for breeding.

“Each animal is an individual that is not replaceable,” Annette Edwards, 68, told the Daily Telegraph. According to this old model of Playboy, very worried for his rabbit, Darius has a special diet without which he risks dying.