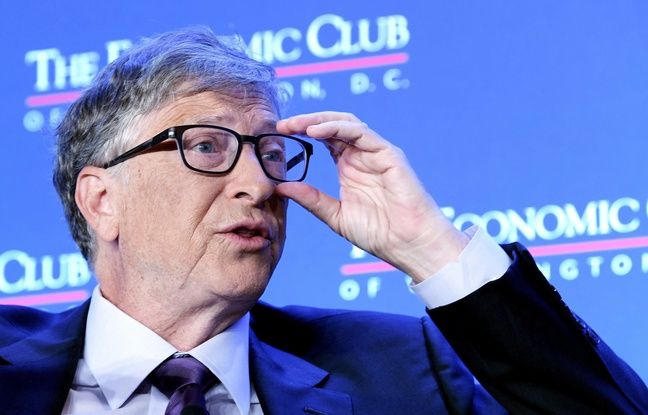 The final departure of Bill Gates from the Microsoft group, in March 2020, would be linked to a relationship with an employee of the company in the early 2000s deemed “inappropriate”, according to information published by the Wall Street Journal, this Sunday.

The founder and former leader of the IT giant left his seat as a director of the group in March 2020.

Microsoft’s board members had decided that Bill Gates should step down from his board in 2020 as they investigated the billionaire’s relationship with a Microsoft employee who was deemed inappropriate, ”according to the economic daily, citing sources familiar with the matter. It is about “an affair dating from 20 years ago which ended in a friendly way”, according to a spokeswoman for Bill Gates, quoted by the. Wall Street Journal. He left Microsoft to be able to invest full time in the Bill and Melinda Gates Foundation, she said, as was then specified.

The former Microsoft boss and his wife Melinda, who together created this foundation fighting against poverty and disease 20 years ago, announced their divorce on May 3, after 27 years of marriage. A Microsoft spokesperson confirmed that the group was informed in late 2019 that “Bill Gates sought to establish an intimate relationship with a company employee in 2000. A committee of the board of directors examined the problem. , assisted by an external law firm, to conduct an in-depth investigation ”.

This engineer of the group had affirmed, in a letter, to have maintained a relation of a sexual nature with Bill Gates “for years”, details the Wall Street Journal, specifying that the resignation had taken place before the end of this investigation. Also according to the Wall Street Journal, the members of the board of directors had also inquired about the links between Bill Gates and the late financier Jeffrey Epstein, prosecuted for trafficking in minors. The defense of Bill Gates assured that it was about “philanthropic relations”, which he had “regretted”, underlines the daily newspaper.

Bill Gates, who had founded Microsoft in 1975, had given up the general management of the group in 2000, to devote himself more to its foundation, before leaving any executive function at Microsoft in 2008. His seat as director was the last function that still linked him to the giant he co-founded.