Blood donation suspended for people vaccinated against Covid-19? Watch out for this misleading message 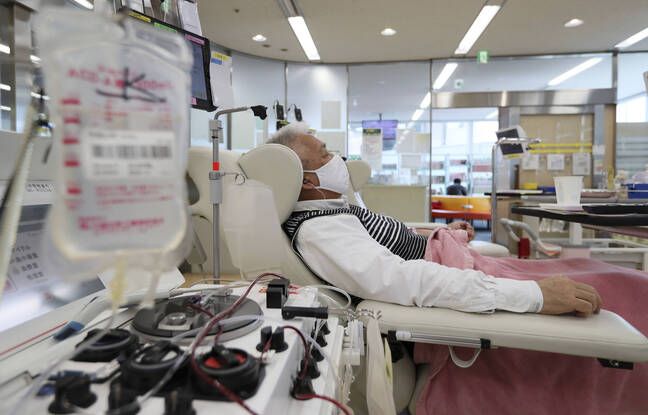 No blood donation for the Japanese vaccinated against Covid-19 with the vaccine from Pfizer and BioNTech? This message, however misleading, is circulating on social networks. He also says that “China has just called for the suspension of Pfizer vaccination.” 20 Minutes looked at these two statements.

The Japanese Red Cross, the only organization that collects blood for transfusions in Japan, announced on April 28 that blood donation after the Covid-19 vaccination will be possible 48 hours after the vaccination. She then specified that this policy would be effective from May 14.

The confusion on the Internet may have arisen from a message from the Japanese Red Cross dated February 22. The organization then announced that it would temporarily suspend blood donations from people vaccinated against Covid-19, pending detailed information on this type of donation.

Why wait two days to allow blood donation? This delay allows vaccinated people to recover from any side effects that would prevent donation, explained Hitoshi Hatta, a spokesperson for the Japanese Embassy in Washington, to our colleagues at Factcheck.org.

Japan first opened up vaccination against Covid-19 to health professionals. The first vaccinated caregivers received their first injection on February 19. The vaccination was then opened on April 12 to all over 65, with the vaccine from Pfizer / BioNTech.

In France, the French blood establishment (EFS) accepts donations without delay after vaccination against Covid-19, unless the vaccination was carried out abroad or as part of a clinical trial. The EFS follows the recommendations made by the High Council for Public Health on February 2.

No suspension of Pfizer in China

China, meanwhile, has not officially called for a suspension of the use of the Pfizer vaccine. The viral message links to an article dated January 15 of Global Times, a newspaper of the Chinese Communist Party. This article repeats the statements of two experts, and not those of the authorities. One of them is anonymous, as AFP notes.

Five Chinese vaccines are currently authorized for the vaccination campaign in China, according to the China Center for Disease Control and Prevention. However, BioNTech could soon make its entry into vaccination in China.

Fosun, a Chinese pharmaceutical group, has filed a proposed alliance with the German company to manufacture a messenger RNA vaccine. This is the technology that BioNTech used in its alliance with Pfizer.