Boeing 737 freighter forced to land urgently in water off Honolulu 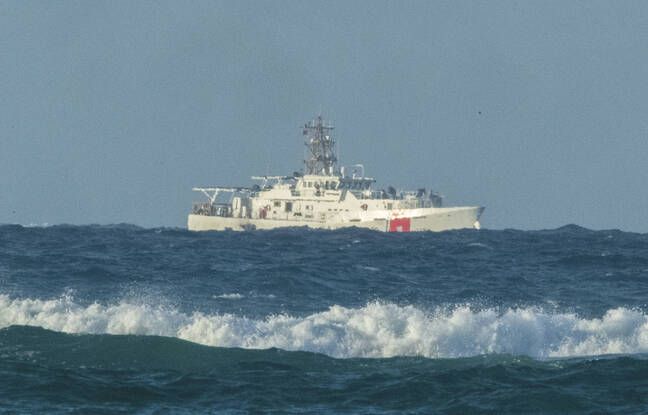 An engine problem. A Boeing 737 cargo plane operated by the Transair company was forced to land urgently in the water off Honolulu overnight from Thursday to Friday, the US Aviation Agency (FAA) said on Friday.

The two pilots were picked up by the Coast Guard. One of them, 58, is in intensive care in critical condition, according to local media. The second pilot, 50, is in serious condition with a head injury and multiple cuts. Coast Guard spokesman Matthew West told CNN that one of the pilots was rescued by a service helicopter and the other by a firefighter helicopter. Both were taken to a hospital in Honolulu for treatment.

The plane sank and the debris will be recovered

According to the FAA, the pilots said they had an engine problem and were attempting to return to Honolulu when they were forced to land the aircraft at sea around 1:30 a.m. local time. The plane sank and the debris will be recovered.

The plane is apparently a 737 Classic that was manufactured at least thirty-three years ago, according to a source familiar with the matter, and not a 737 MAX, Boeing’s current flagship plane, which suffered two crashes in 2018 and 2019. This aircraft from the company Transair, which transports goods between the main Hawaiian islands, was to connect Honolulu, on the island of Oahuu, and Kahului, on the island of Maui, according to data from the specialist site FlightAware. Boeing “is aware of the information coming from Honolulu, Hawaii, and is monitoring the situation closely,” said a spokesperson for the manufacturer.

The company claims to be in contact with the United States National Transportation and Safety Board (NTSB), the agency that investigates transportation accidents, and is in the process of gathering available information. The FAA and the NTSB will each conduct their own investigation.

The safety of Boeing aircraft is under close scrutiny following two crashes of its current flagship, the 737 MAX. Launched in 2017, the aircraft suffered two close-knit accidents in 2018 and 2019, which left 346 dead, due in particular to a defect in the MCAS flight control software. He was grounded for twenty months before being allowed to fly again at the end of 2020. Boeing’s stock fell slightly on Friday on the New York Stock Exchange in a bull market, after the news of this new incident was announced.