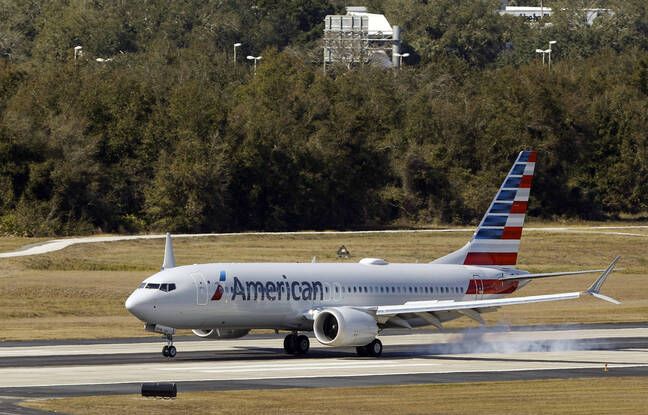 Importantly, the incident is unrelated to the MCAS anti-stall software that ground the Boeing star to the ground for nearly two years. The pilots of a 737 MAX of the company American Airlines decided on Friday to stop in emergency during a flight Miami-New York one of the engines of the device because of a “possible mechanical problem”, before landing it without issue.

Flight 2555 on Boeing’s flagship aircraft, grounded for nearly two years after two fatal crashes, arrived “safely and uneventfully” at Newark Airport and taxied unaided to the gate. planned, said a spokesperson for the company. It was a problem with the pressure on the engine oil or a problem with a volume indicator, according to the spokesperson.

Resumption of flights planned in Europe

The aircraft, coming from Miami, landed “after the pilots reported having turned off one of the engines in flight,” said the US agency overseeing aviation, the FAA, which plans to investigate the incident.

American Airlines was the first company to reintegrate the 737 MAX into its flight program at the end of December 2020, a few weeks after the green light from the American authorities. The latter had required several modifications to the aircraft, in particular to the MCAS software, as well as new training for the pilots. In Europe, the green light to resume flights was given on January 27.

FAA Director Steve Dickson warned at the time that it was “inevitable” that mechanical problems or suspected problems would arise at some point and that a 737 MAX would have to return to the airport during its shift. flight, as is regularly the case with all aircraft models. Boeing, which has set up an operations center that monitors all 737 MAX flights in real time, said on Friday it was “aware” of the incident without giving further comment.