Boeing must inspect a cable of all its “classic” 737s 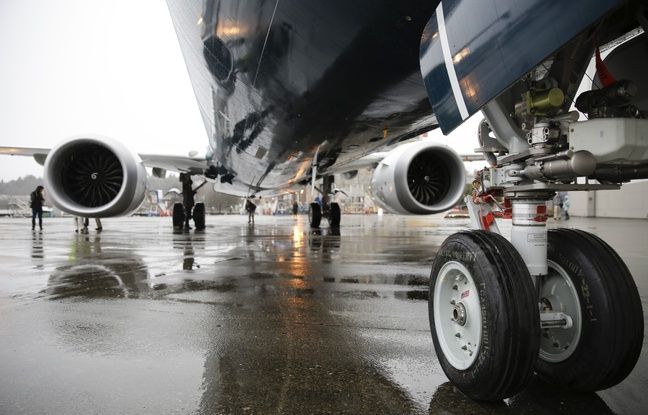 New problems for Boeing. The US aviation regulator (FAA) has asked Boeing to inspect all of the so-called “classic” 737s, those of the older generation, after the accident of one of these aircraft off Indonesia in January, which killed 62 people. All Boeing 737-300s, -400s and -500s will need to be examined, or some 143 planes, according to an FAA document.

A problem with the cables could not be detected by the computer of the autothrottles, which manage the Boeing’s thrust, which “could lead to the loss of control of the plane”. A preliminary report from the Indonesian Transport Security Agency published in February indicated that an “anomaly” of these autothrottles had been detected.

The 737 MAX are not affected

“At present, preliminary data from the ongoing investigation into the accident show that it is highly unlikely that the accident resulted from the latent failure” of this cable, details the FAA. It considers, however, that this inspection is “necessary to remedy” this danger, which “could exist or develop in airplanes of the 737-300, -400 and -500 series”, aircraft built in the 1980s and 1990s.

On the other hand, the Boeing 737s of the following generations, the NG, or the 737 MAX, the company’s flagship aircraft, the examples of which were immobilized for twenty months following two fatal accidents, are not concerned. The FAA specifies in the document that each inspection lasts one hour.

“Boeing makes sure its planes are safe and meet all requirements. We are in constant communication with our customers and the FAA, and we are engaged in continuous efforts to introduce improvements in safety and performance throughout the fleet ”, commented the American aircraft manufacturer, in an email to the AFP.

A Sriwijaya Air Boeing 737-500 crashed off Indonesia on January 9, missing minutes after taking off from Jakarta. He plunged some 3,000 meters in less than a minute in the Java Sea. All 62 passengers and crew were killed.