Bonuses, holidays and bonuses to encourage employees to be vaccinated 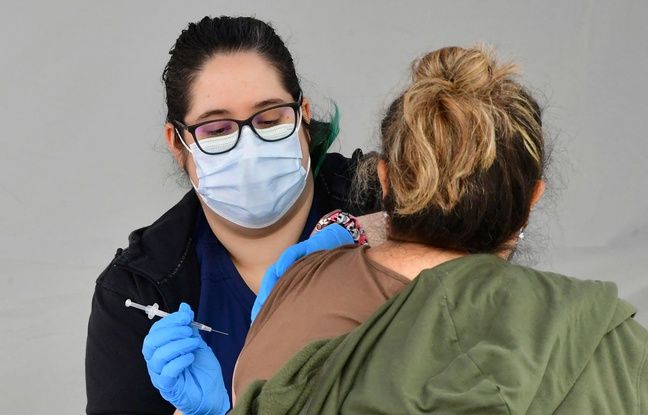 Premium of up to $ 500, transport reimbursed, compensation in paid hours … In the United States, some employers, eager to return to normal activity, are using great means to encourage their employees to be vaccinated against Covid-19.

Sectors with a strong need for labor, such as supermarkets, slaughterhouses or farms, have taken the lead. The Californian company Bolthouse Farms, which sells carrots, smoothies and juices, organizes weekly immunization sessions at its main site and pays $ 500 to all full-time employees accepting the bite.

In the United States, companies can indeed organize vaccination centers themselves if they undertake to operate them during working hours, free of charge and for all workers, employees and subcontractors. Meat giant JBS is offering $ 100 to vaccinated employees and has distributed materials in multiple languages ​​to emphasize the safety and effectiveness of immunization. By mid-March, about a third of its 60,000 employees had received a first dose.

Several large supermarket chains compensate their employees for two or four paid hours. This “eliminates the need to choose between earning a living and protecting your health,” said the manager of Aldi inexpensive stores in the United States in January. If necessary, the Target chain reimburses up to $ 30 for the trip.

Kroger stores offer a bonus of $ 100 to those vaccinated as well as those refusing the injection for medical or religious reasons, provided they follow a health education program. “Odd jobs” are also taken into account: the Instacart shopping delivery platform offers $ 25 to its delivery men, who are not employees.

The boss of the company United Airlines, Scott Kirby, had raised in January the possibility of making the vaccine obligatory for its pilots, members of crew and other employees. The company is not yet at this stage, a spokesperson told AFP on Thursday: it is still examining who can have access to the vaccine in different states and how to ensure the supply.

But companies can generally force their employees to be vaccinated in the United States, told AFP Dorit Reiss, professor at the Hastings School of Law at the University of California. “With a few reservations,” she adds, however. The vaccines currently used in the United States are under the unusual regime, for a drug intended for the entire population, of an emergency authorization and “the legal framework is still uncertain”, notes the lawyer, stressing that each state may have its own instructions.

Companies may also, where appropriate, have to negotiate with unions. Some employees may also claim exceptions for medical or religious reasons. At the same time, employers can also be sued for not having acted energetically enough to avoid an outbreak of contamination, remarks Dorit Reiss. According to a survey released in February by the Human Resources Management Company (SHRM), only 5% of American bosses intended to impose the vaccine on all or part of their employees.