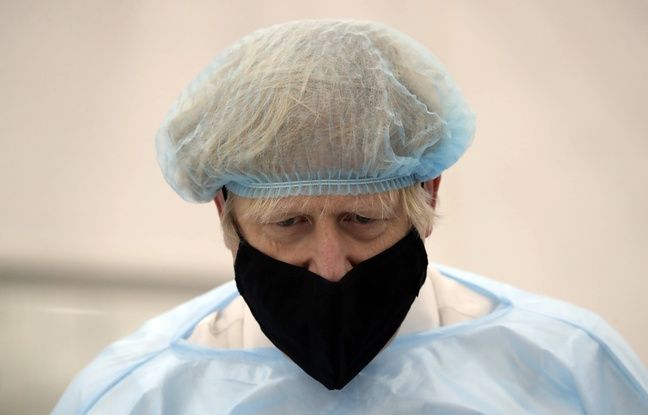 British Prime Minister Boris Johnson on Monday warned of wanting to “irreversibly but cautiously” implement the looming deconfinement now that more than 15 million people in the United Kingdom have received a first dose of the anti-Covid vaccine.

After having met the ambitious objective of offering a vaccine to the first four most vulnerable categories of people (over 70 years old and caregivers in particular) before mid-February, the vaccination program is expanding from 65-69 year-olds. .

With the fall in the number of contaminations and hospitalizations, this good news gives the British hope for a rapid end to the confinement imposed in early January and, more broadly, the restrictive measures they have been undergoing for months, with local variations. But the conservative Prime Minister has tempered their hopes: the key word of deconfinement, whose “roadmap” will be presented next Monday, will remain caution.

“What you want to see is an irreversible but cautious progression,” Boris Johnson told reporters during a visit to a London clinic. The government hopes to be able to reopen schools from March 8, gradually with a potentially later start for high school students.

“We have not yet made a decision,” said Boris Johnson, wishing “to do everything” so that the schools reopen by this date, but who underlines that the rate of infection is still “comparatively high” and the number of more patients in hospital than last April, during the epidemic’s first peak.

According to a government source quoted by The Times, the government will allow families in the same household to go on vacation from Easter in early April. Bars and restaurants can also reopen from April but only outdoors. We would have to wait until May, or even August, for these establishments to welcome new customers inside.

Faced with the epidemic, which has killed more than 117,000 in the United Kingdom, the government of Boris Johnson wants to preserve the benefit of the vaccination campaign, while 23% of the population has already received a first dose, and the sacrifices agreed by the British.

From Monday, British residents or Irish citizens arriving in England from 33 countries on a Red List, which includes all of Latin America and South Africa, are consigned to a hotel and placed under surveillance during ten days. Price of the stay, at the sole charge of the traveler: 1,750 pounds sterling (nearly 2,000 euros), tests included. Because like all other travelers, they must, in addition to presenting a negative test carried out in the 72 hours preceding their departure, to be screened on the second and eighth days of the quarantine.

Travelers arriving from other countries must also follow a 10-day quarantine, but can do so at home. “Everything seems to be going well,” Health Minister Matt Hancock told Times Radio on Monday. “Everything works without problem”. Less extensive than that put in place by other countries such as Australia, the system of quarantines at the hotel on arrival in England has been criticized, in particular by the Labor opposition, who considers that it does not go far enough.