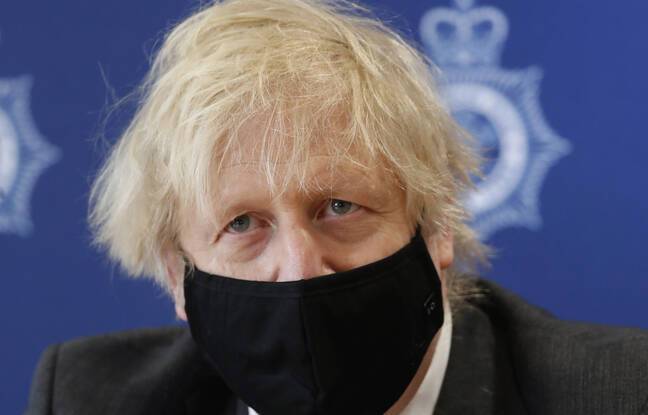 A few days after the controversial police intervention during a tribute to a young Londoner, found dead in the United Kingdom, the Prime Minister, Boris Johnson, announced new actions to fight against violence inflicted on women.

The body of Sarah Everard, a 33-year-old executive, missing since March 3, was found this week. But during a rally paying tribute to her, several young women were restrained and handcuffed by police, images that drew many convictions and a feeling of disgust.

An investigation into the police intervention requested

His body was found this week in a wood in Kent (south-east). An officer with the London Police Unit responsible for protecting diplomatic representations, Wayne Couzens, 48, was charged with kidnapping and murder on Friday night and kept in custody. “Like everyone who has seen them, I am deeply concerned by the images” of the incidents that occurred Saturday during the vigil in tribute to the young woman, Boris Johnson said in a statement Sunday evening. On Monday, “I will chair a meeting of the crime and justice group to discuss the additional measures we need to take to protect women and the safety of our streets,” added the head of the Conservative government.

Following the clashes during this spontaneous vigil, the Minister of the Interior Priti Patel asked the chief inspector of the police forces to conduct a review of their action during that evening. Dissatisfied with the explanations he received from law enforcement, Labor Mayor Sadiq Khan also called for an independent investigation. A prospect welcomed by London Police Chief Cressida Dick, who said on Sunday that she did not intend to resign despite calls to do so. “No one wants to see the events we attended” on Saturday, she said, adding that if the gathering had been legal, she would have attended the vigil herself.

The police tried to convince people to disperse, which “a lot of people did”, she said, “except a small minority”. According to Deputy Commissioner Helen Ball, the said minority began chanting slogans, pushing the police and throwing projectiles at them. The situation was such that the intervention of the police was “necessary”, she assured in a statement in the night from Saturday to Sunday. “Hundreds of people were massed, posing a real risk” of transmission of Covid-19, which has killed more than 125,000 in the United Kingdom, the heaviest toll in Europe.

Four people were arrested for breaches of anti-coronavirus rules and public order. On Sunday afternoon, a few hundred people gathered outside Scotland Yard in London to express their anger before regrouping in front of the Parliament located nearby. On the scene of the incidents of the day before, many Londoners came Sunday around the bandstand of Clapham, district of the disappearance of Sarah Everard, become a place of meditation where the bouquets of flowers accumulate.

“All the women around me were really affected by Sarah’s death,” said Isabel, 34. “I feel like it’s a public awareness of what it’s like to be a woman in a society where you don’t feel safe in so many ways.” The Reclaim these streets movement, which initially organized the vigil on Saturday before canceling it for lack of compromise with the police, condemned the action of the police officers who “physically abused women during a vigil against male violence” . For Labor opposition leader Keir Starmer, Saturday’s events are “deeply disturbing”. “It was not a good method of policing,” he tweeted.

Despite the event being canceled due to restrictions in place against the coronavirus, crowds gathered on Saturday from late afternoon. Earlier in the day on Saturday, Prince William’s wife Kate even went to the bandstand. Events were also held in several cities, Glasgow, Nottingham, Birmingham and Bristol. Sunday the pot launched by Reclaim these streets raised more than 500,000 pounds sterling (580,000 euros), far exceeding its goal of 320,000 pounds sterling (372,000 euros) for causes in favor of women.