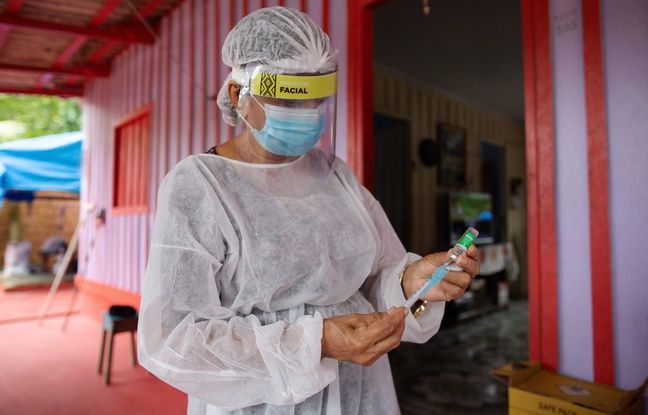 Faced with an explosion of Covid-19 cases, Brazil on Wednesday approved the emergency use of the Janssen anticovid vaccine, developed by the American laboratory Johnson & Johnson. The regulatory health authority Anvisa announced that this single-dose vaccine, the 4th authorized in the country, would be injected into priority groups in Brazil (the elderly, people with co-morbidities, indigenous populations, etc.).

The government had already announced in mid-March the order for 38 million doses of the Janssen vaccine to accelerate its still too slow vaccination campaign. But these vaccines are only supposed to arrive between August and November. He had also ordered 100 million doses of vaccine from Pfizer-BioNTech, which is scheduled for delivery between April and May, according to the Department of Health.

In Brazil, only 2.3% of the 212 million inhabitants have received two doses of the vaccine since the launch of the vaccination campaign in mid-January. The country is the second most bereaved by the pandemic, with more than 317,000 deaths from the coronavirus in just over a year.

According to Anvisa rules, the emergency authorization only covers the immunization of certain groups defined as priority. Final authorization allows the vaccine to be used for the entire population and the doses to be marketed.

The final authorization was granted from the start of the campaign to the AstraZeneca vaccine and a little later to the Pfizer vaccine. Developed by the Chinese laboratory Sinovac, the CoronaVac vaccine has also received emergency authorization.

The delay in this campaign is largely due to the anti-vaccine stance of President Bolsonaro, who for a long time minimized the “little flu” of Covid-19 and criticized the “Chinese” vaccine, while ensuring that he would not be vaccinated. Under pressure from Parliament, he recently changed his position. But Brazil is now paying months of delay in its discussions with the big pharmaceutical companies.